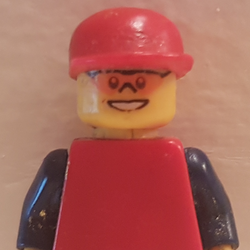 Gamer23410
13
Based off the hit show from Playhouse Disney/Disney Junior, & Baby Einsteins called "Little Einsteins." The show start 4 kids named Leo, Annie, Quincy, and June. They go on many adventures in a rocket ship named Rocket. I build it because everyone misses the show, including me. I think that it would be great to have Little Einsteins as a set because everyone who used to watch the show when they were little, would like this as a Lego set.
13