Lord of the Rings - "Frodo Destroys The Ring" Diorama 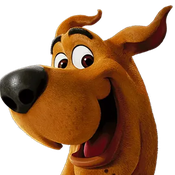 By ScubFig
40 comments
This set is a tribute to the best movie franchise and LEGO theme of all time!
Have you ever dreamed about going on an adventure with Frodo and Sam? Do you really want to help them with their difficult journey, and destroy the Ring? Now you can do that! Just hit the support button to see this LEGO LOTR diorama on your shelf!
In this set, I wanted to show one of the most emotional, epic and spectacular scene of Peter Jackson's movie when Frodo was going to destroy the ring, fighting with himself and Gollum. In the background, we have a big Sauron's eye that is looking on our poor Hobbits.
It is build with 834 LEGO bricks, contains four minifigures: Frodo and Frodo invisible version, Samwise Gamgee and Gollum. Two custom printed 2x6 tiles: one with LOTR and LEGO logo, and the second contains a Samwise Gamgee's quote.
When I saw a new LEGO dioramas I suddenly fell in love with them, and I decided that I must make my own diorama - so here it is.
I hope you will love my project, and I'm sure that everyone wants to see LEGO LOTR again.
Every render is made in Bricklink's Stud.io.