Get Your Bricks On Route 66 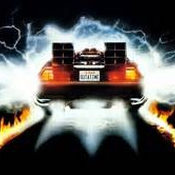 Now if you go through St. Louis, Joplin Missouri, Oklahoma City, it's oh so pretty, you'll see Amarillo, and Gallup, New Mexico. Flagstaff Arizona, Don't forget Winnow, Kingman, Barstow, San Bernardino, won't you get hip to this timely tip, get your bricks on...  Route 66.
As you can see my idea is about Route 66. It all started in 1926 and ended in the 1980s where they did a celebration with Bobby Troup in Gallup, New Mexico. In 2000, Angel Delgadillo saw that people wanted to see the dream of yesterday in the town of Seligman, so he wanted to preserve his town on Route 66, so they made the first Route 66 Association of Arizona.
Attractions: Some attractions on the road are the Gemini Giant, Wagon Wheel Motel, Rainbow Bridge, the Round Barn, Cadillac Ranch, Wigwam Motel, and Elmer's Bottle Tree Ranch. Here are a few highlights of the attractions.
For the Gemini Giant, it started in 1956 as an ice cream and hot dog place but in 1960, new owners took over and bought a spaceman which was over 28 feet, and in a local contest they called it the Gemini Giant because of the space race. It was run for 40 years and then left to despair for a while until a couple Tully and Holly took over.
Next is the Cadillac Ranch, it was made by a billionaire and a group called the Ant Farm where they bought 10 Cadillac's from junkyards. Then in 1974 it was completed.
For the Round Barn, it was made by Bill Odor who first made the roof loft rafters and ladders. They had some dances in the loft. The town Arcadia, was made after the barn with Route 66 passing it. It was in some rough shape for a while until the 1980s, when the Over the Hill gang helped restore the barn and in 1992 it was completed.
As you can see Route 66 is made of cool attractions, history, preservation, cars and of course the dream of yesterday.