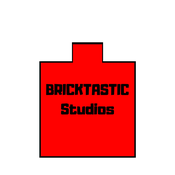 By BRICKTASTIC Studios
40 comments
This model depicts a ship of my own creation, the Mystic Warlord, belonging to The Dagger, centuries old foe of the Mystery Solvers. This ship has multiple turrets, a control station for the Dagger, two spring-loaded shooters, two rows of blue thrust engines in the back and stickers that simulate damage.
This model also has a battering ram element at the front and three minifigures, with two Mystery Solvers (Slash and Voltix) alongside the Dagger himself.
The Mystic Warlord was built in two "layers" with grey bricks to connect them. The interior of the command post has two black levers and a printed console element. This set would require new prints for the discs held by the minifigures, and also for the black dome in the center (That would be the Dagger's symbol)
This model has many intricate details using ingots, gold accents, and black shields, so as to give older fans something to appreciate, and the spring loaded missiles allow play scenarios for young kids. The Mystic Warlord measures roughly 33 cm long and 20 cm wide.