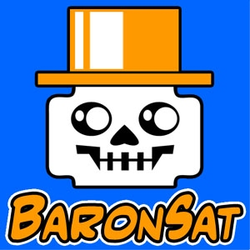 Forbidden planet is a "more than" classic movie that every generation enjoys discovering and and especially for Robby. The more time passes, the more we appreciate this very peaceful robot, humorous, even if he does not know ; and multitasking early. It can sew , make precious stones and speak 187 languages ​​and "If you do not speak English he is at your disposal with 187 other languages along with their various dialects and sub-tongues".

I first build a Robby at minifigures scale but found that he deserves something better, so this version is 27 cm / 10.6 inches high.
He uses various types of parts to I use all kinds of parts to apporcher as close to the original robot. He has mutiple points of articulations so he does not have to stand still in the same position... but don't ask him too much, he's an old school robot.

Fans of Robby and Forbidden planet , get to know and support my project.