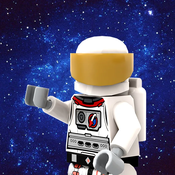 By the Astronaut
67 comments
Rex Lynx Aerobatic Aircraft (King Lynx Aerobatic Aircraft)
This set is about an aerobatic aircraft. I've built this plane because I'm a fan of aviation and LEGO, and I think there are not many sets on this subject. So I wanted to share this original idea.
This set consists of a minifigure and a plane. 279 pieces (minifigure included).
I have tried to make it pretty, but at the same time, it has a simple and clean design. In addition, I have also tried not to make it a complicated design to build, although not too simple either.
I just want to share this original creation with you and I hope you vote for it, so it becomes a reality and many people can enjoy it.

By the Astronaut
67 comments