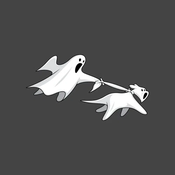 By Narishkeit
11 comments
My second LEGO Idea is a Cribbage set, based on the game poet Sir John Suckling created in the 17th-century. For those of you who don't know, Cribbage is a card game with typically two players (the game can be modified for more, but this is a two-player set), and the object of the game is to get 121 points. To get to 121 points, players receive 6 cards, two of which they put in a crib, and collect points by keeping numbers that add up to 15, runs, pairs, and so on. Picture cards (Jacks, Queens, and Kings) are all worth 10, and aces are worth 1. Use the internet to find more rules regarding Cribbage, if you would like to know how to play. LEGO has yet to come out with a Cribbage board, so I made one myself. LEGO has made a chess set, and I think they should look into making other games such as Cribbage for Cribbage fans like me.
Total Bricks: 114