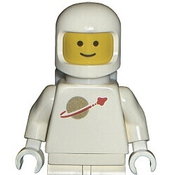 My favorite LEGO set of all time is 10213, Shuttle Adventure. While it's a great model of space flights from the past, it's time to look toward the future.

SpaceX's Falcon 9 is already supplying the International Space Station and launching International satellites into orbit. It won't be long before Falcon 9 has astronauts on board, heading towards the ISS (and beyond?).

In total, all three configurations use about 75 LEGO pieces. Yup, that's it! Build your favorite configuration or buy three so you can have one of each!

In case you are wondering, the dark red ring on the payload fairing is because I couldn't find a plain white 8x4x6 half cone piece. That piece is in a 2014 set in a different color though, so I hope it wouldn't be difficult to produce in white if this set gets enough support. And with some awesome designs printed on the pieces (instead of my paper and tape in these photos).