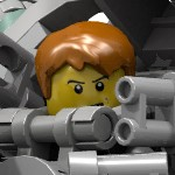 By Garry_rocks
11 comments
Tesla Troops is the name for the elite squadron created to protect humanity from invaders and hostile aliens. Their main "thing" is that they use the most recent equipment and technologies, most of their weapons are electrical and shoot with lightning bolts. There are different types of units for different purposes, but the main force of Tesla Troops is cyborgs.

There are three classes of humanoid cyborgs. 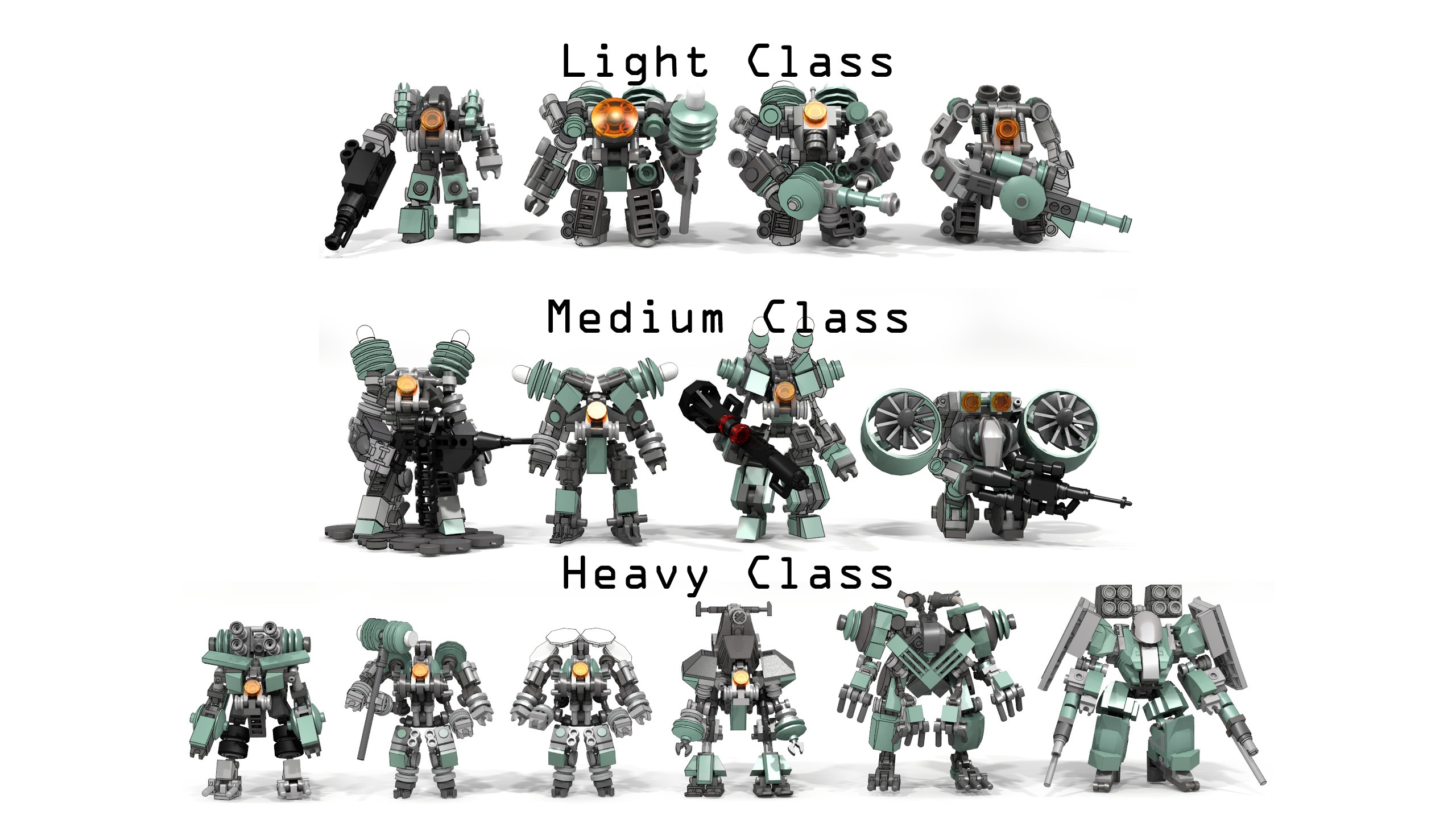 One of the most recognizable and famous cyborgs is the Gunner (the first one in the second row). It is a pretty old but reliable model, has two medium Lightning Genarators and is often equipped with an automatic EM rifle. It is classed as Light/Medium Cyborg, not that heavy, but tall enough to be unable to get inside most of the buildings.
There are also smaller cyborgs, landmates, that are classed as Light Cyborgs. They can be transported without using special vehicles and they are fine with usual human instruments or weapons. It is not an uncommon practice when combat units consist both of human soldiers and cyborgs of this type. Their usual weapons are Voltguns and small calliber EM guns, unfortunately thier generators are not powerful enough to supply bigger rifles.
However, another type of a heavier landmate exists. It is most often referred to as a Cyberinfantry unit (first row, two bots in the middle). More powerful weapons, such as a Thunderstick, are available for this model. Needless to say, these cyborgs don't need any human assistance, their Lightning Generators (aka "Tesla Coils") can be harmful for both enemies and allies, so it's better for soldiers to stay away.
Not every weapon used in Tesla Troops is electrical, some cyborgs can carry conventional rifles, machine guns and even missiles, but those are actually rare cases. Rocketeer (second row, middle, to the right) is one of the rarest cyborgs due to its unusual ammunition, but Chargers (second row, middle, to the left) are quite widespread models. Although both models have very close parameters, their abilities are completely different, thus their role and tactics also differ: Chargers are front line warriors while Rocketeers are more of artillery support units. 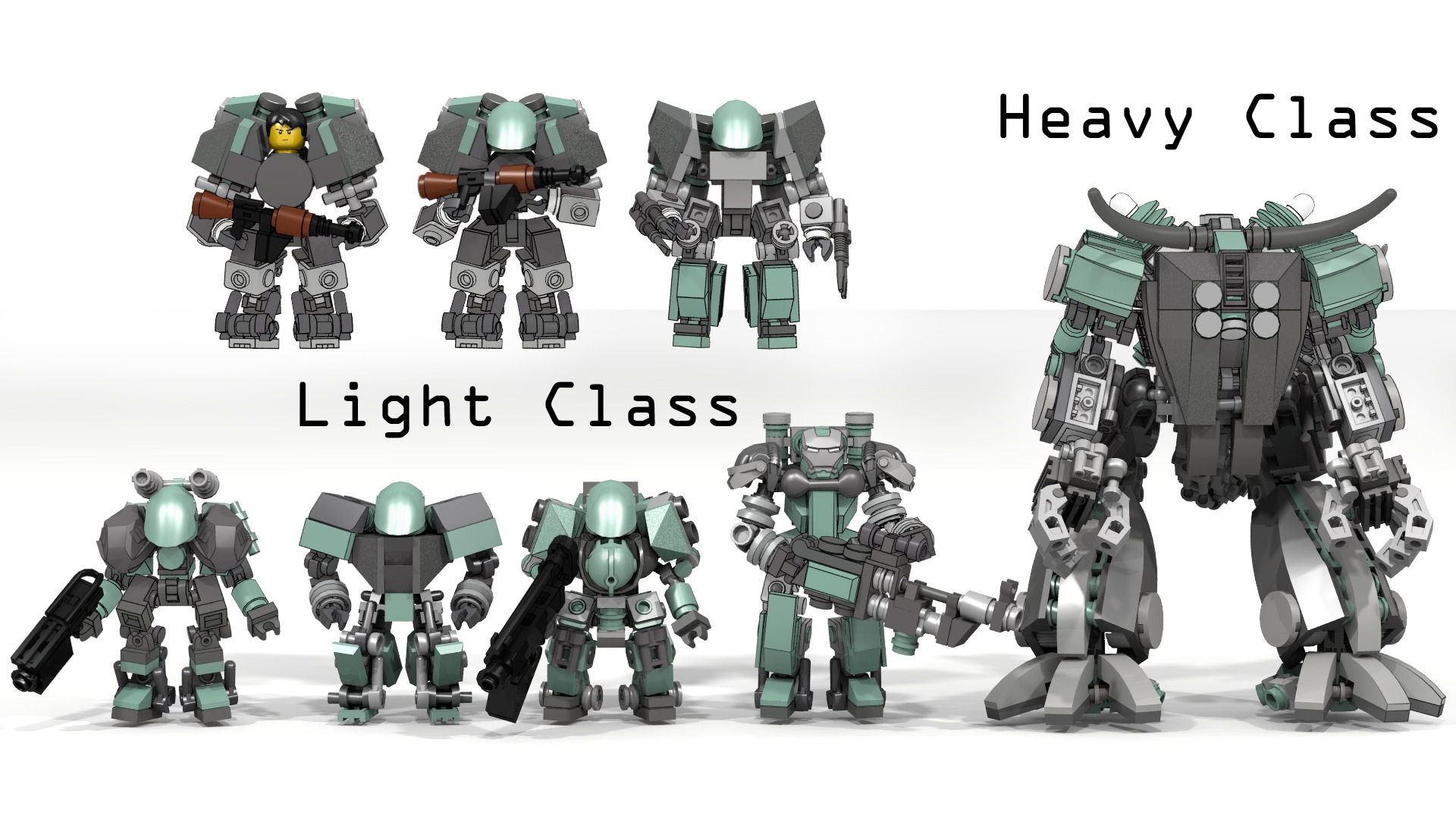 A great variety of hardsuits is used in Tesla Troops. 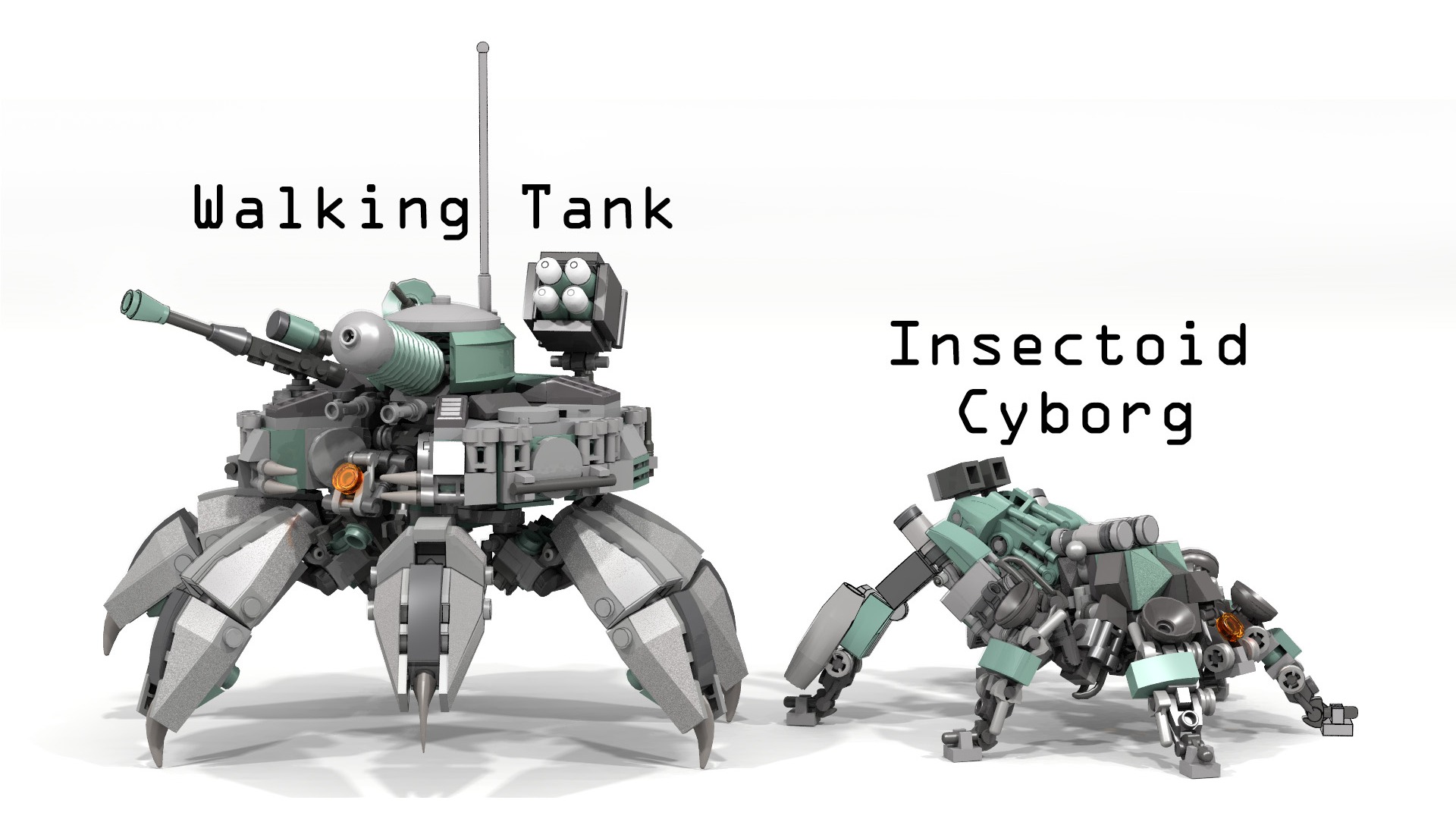