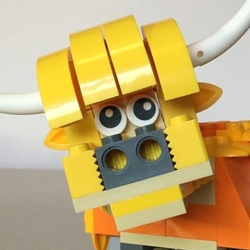 Pooh Bear is an idea to celebrate the character Winnie the Pooh and his love of honey. It is a small set that includes Pooh bear himself, his tree home, a bee hive and a bee.

The set has been designed as an easy build to appeal to young fans of the character as well as older ones. The idea comprises of a total of about 50 pieces and involves building four items: Winnie the Pooh, the tree, the bee and the hive.

The pieces used in the building of the various parts of the set include traditional square bricks and also square panels and tree branches.