Here is the aircraft of legendary pilots as Jean Mermoz, Henri Guillomet and Antoine de Saint Exupéry author of many books such as: The Little Prince (Le Petit Prince), Night Flight (Vol De Nuit) and many other books ... This creation includes two minifigures and accessories and consists of 906 Lego bricks and of eight stickers, with detailed engine, with its possible access through two covers on the sides to the front of the fuselage. all flaps and the rear rudder, are articulated. It will be possible to optimize the number of bricks for reduce the cost of this Lego set, assembly is very solid, which increases playability of this model. 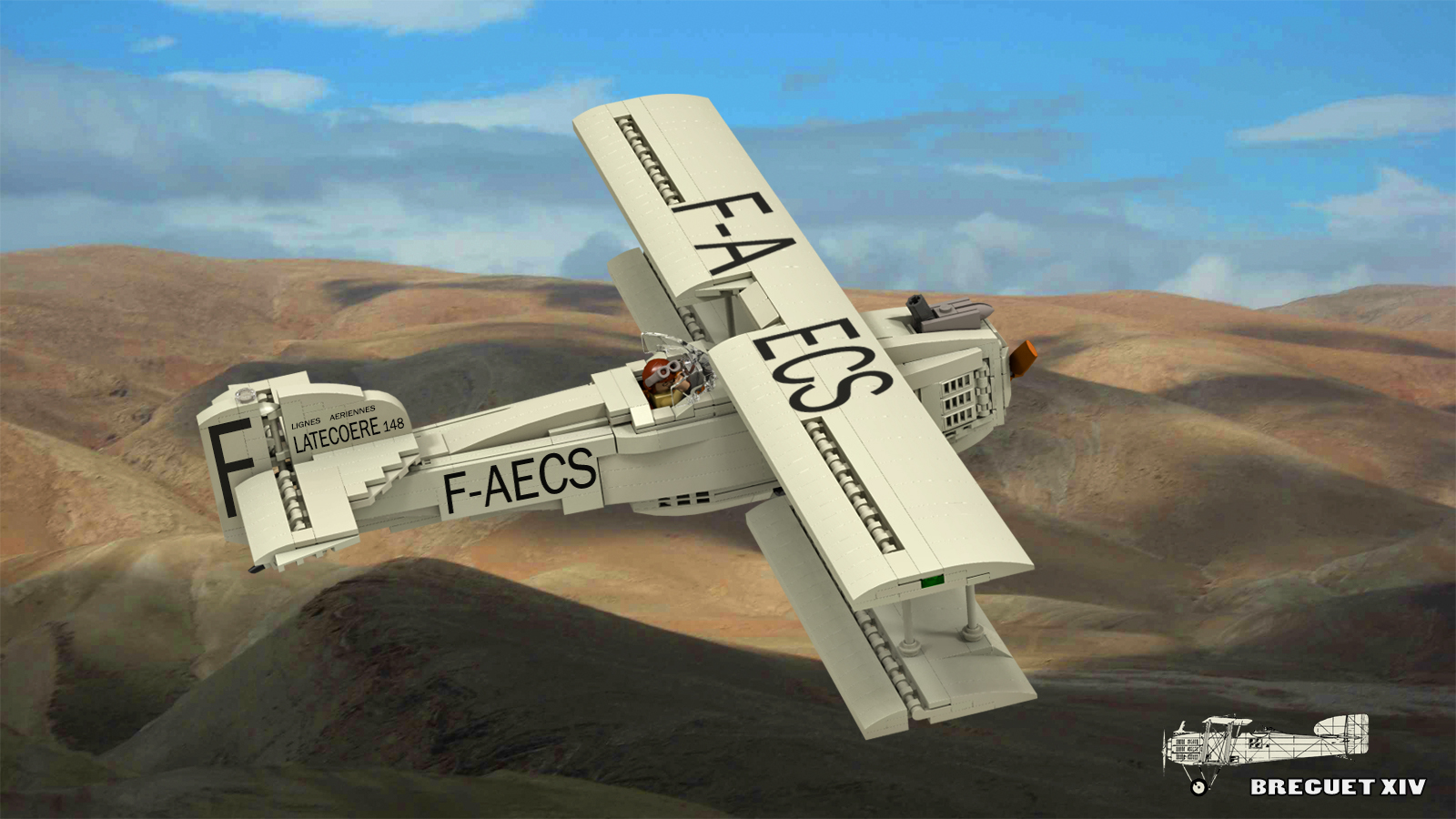 The Breguet 14 was a French biplane bomber and reconnaissance aircraft of World War I. It was built in very large numbers and production continued for many years after the end of the war. Apart from its widespread usage, it was noteworthy for becoming the first aircraft in mass production to use large amounts of metal rather than wood in its structure. This allowed the airframe to be lighter than a wooden airframe of the same strength, in turn making the aircraft very fast and agile for its size, able to outrun many of the fighters of the day. Its strong construction was able to sustain much damage, it was easy to handle and had good performance. The Breguet 14 is often considered one of the best aircraft of the war. 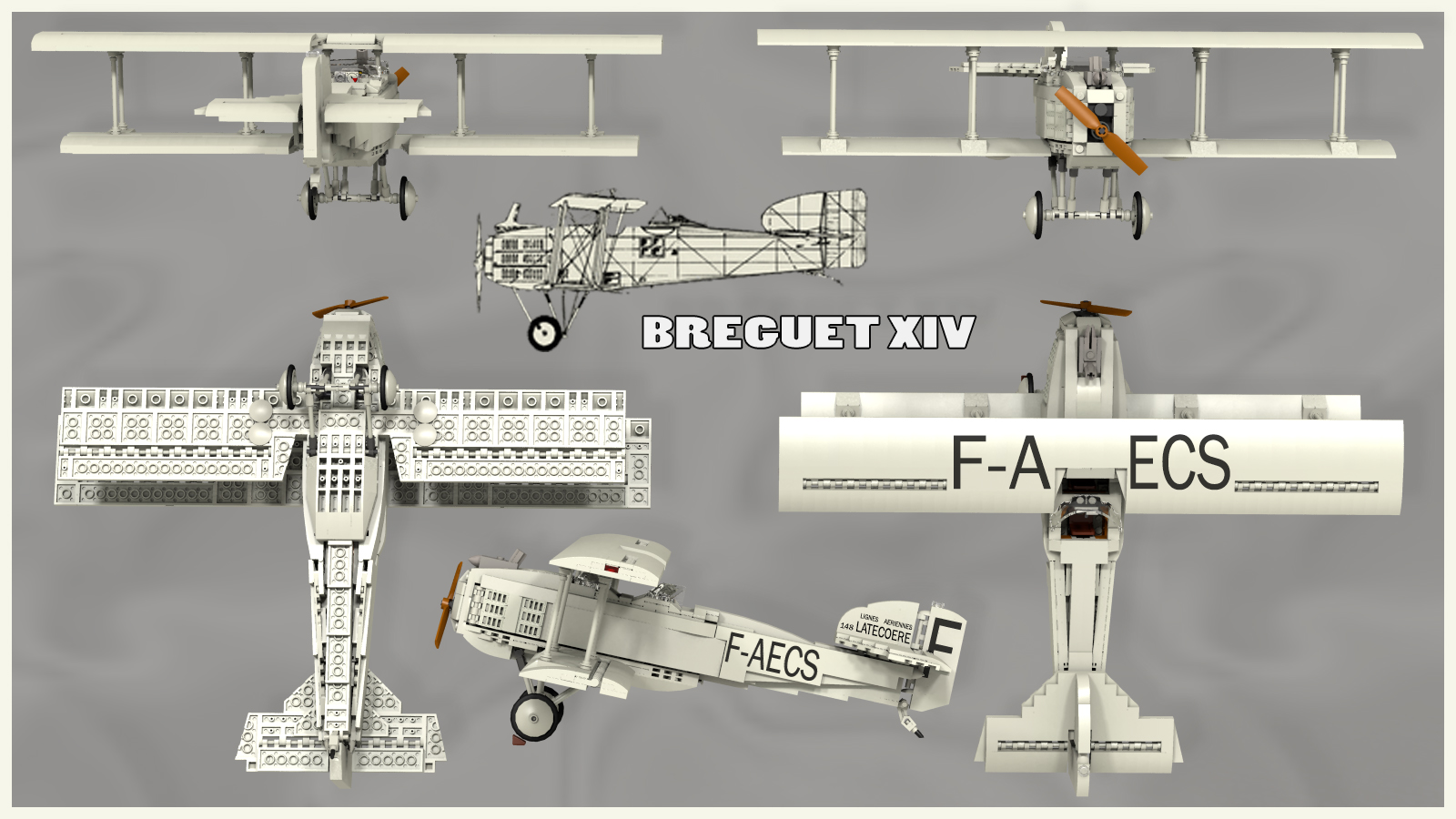 Post war, Breguet had also begun to manufacture dedicated civil versions. The 14 T.2 Salon carried two passengers in a specially modified fuselage. An improved version of this was the 14 Tbis manufactured as both a land-plane and seaplane.The 14 Tbis also formed the basis of the improved 14 Tbis Sanitaire air ambulance version, and 100 mail planes custom-built for Pierre Latécoère's fledgling airline, Lignes Aeriennes Latécoère. After changing name to CGEA, the airline used among others 106 Breguet 14s for flights over Sahara desert. The 18 T was a single 14 T re-engined with a Renault Ja engine and equipped to carry four passengers. When production finally ceased in 1928, the total of all versions built had reached 7,800 (according to other sources, 8,000 or even 8,370). 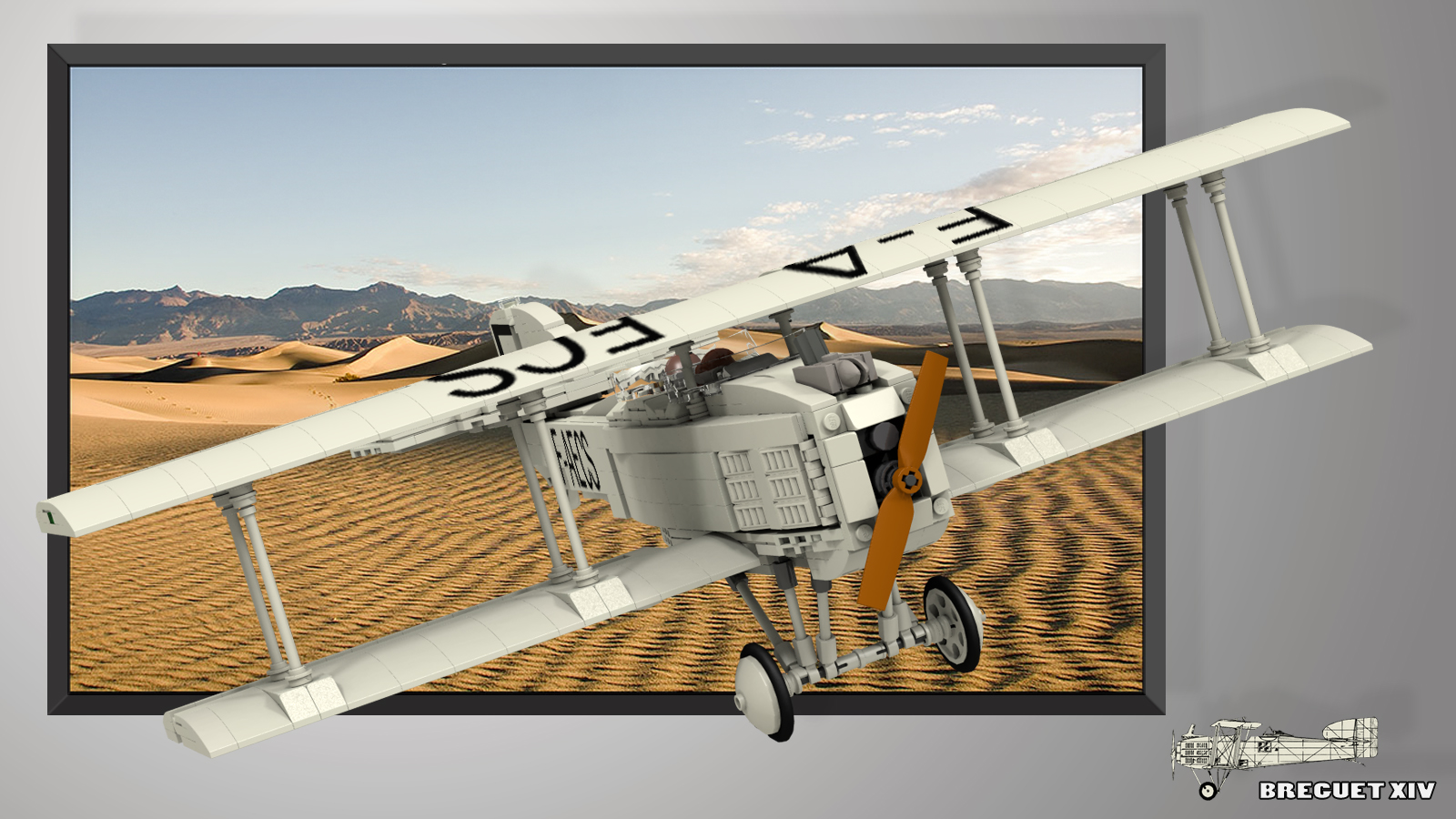 The Breguet 14 would also inscribe its name in gold in the history of civil aviation, where it is associated with such names as Jean Mermoz and Antoine de Saint-Exupéry and the magnificent saga of the Latecoére line/Aeropostale.
Aéropostale founder Pierre-Georges Latécoère envisioned an air route connecting France to the French colonies in Africa and South America. The company's activities were to specialise in, but were by no means restricted to, airborne postal services.
Antoine de Saint-Exupéry has had multiple near misses, most of them in his primitive Breguet 14, a slow, ungainly biplane he flew for about a decade. It had no real nose but rather a flat forehead plugged with a giant wooden propeller. The Breguet 14's singular redeeming attribute was a noble resoluteness founded upon mechanical simplicity. With a control panel hardly more sophisticated than that of a Ford Model T, it would still fly with a broken tail, flopping wing, or coughing engine. Saint-Exupéry, an intuitive mechanic, crash-landed the Breguet many times, repairing its Renault 300-horsepower engine with a hammer and screwdriver, and then lifting right back into the sky. (Years afterward he would elegize the obsolescence of the Breguet 14. For him, there was no charm in modern airplanes. They were soulless rockets, and flying one was a "bureaucratic affair . . . a life without surprises.") 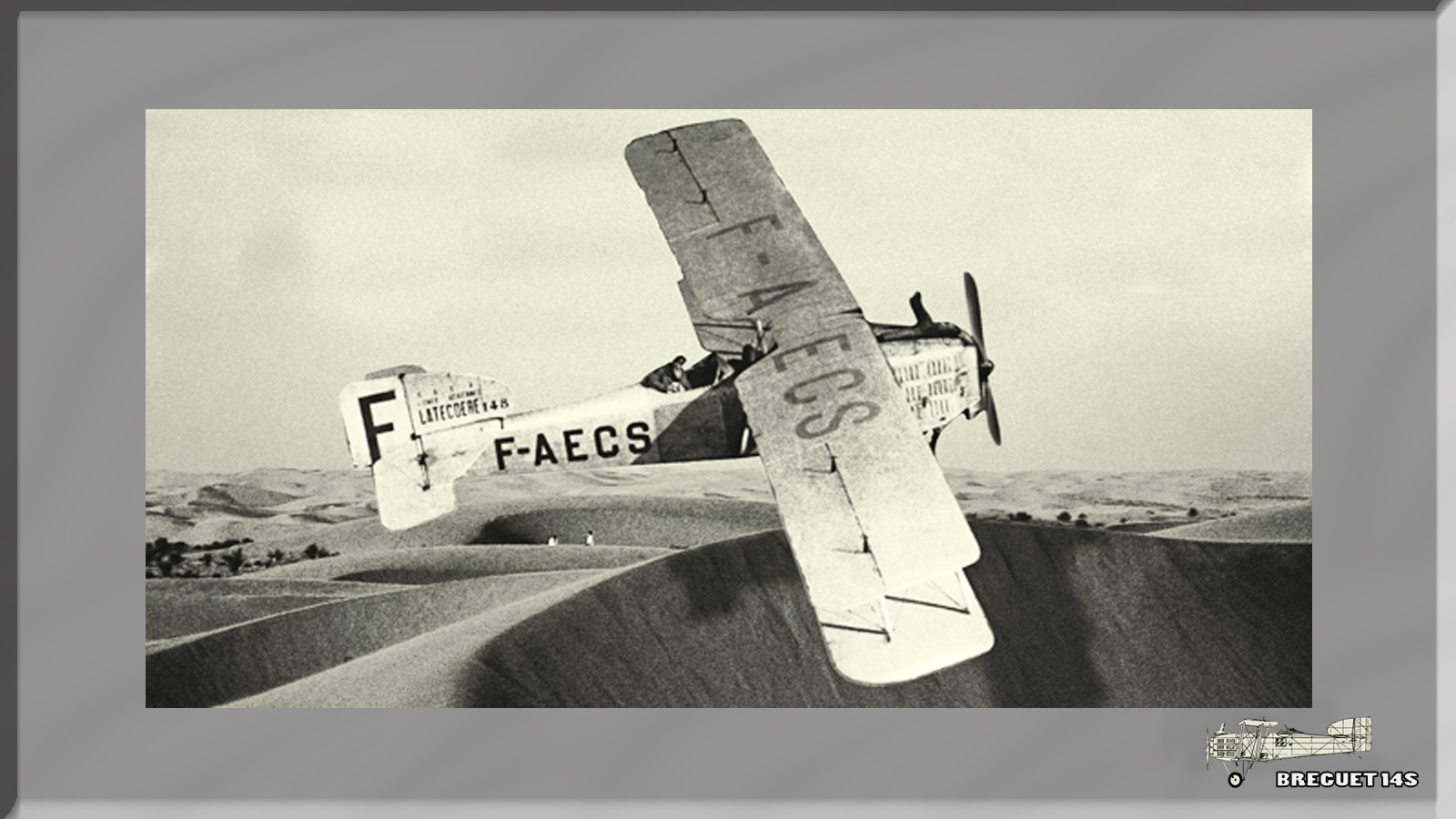