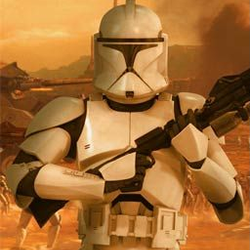 This Model is an Midi-Scale Droid Gunship, seen in Star Wars Episode III and Clone Wars. 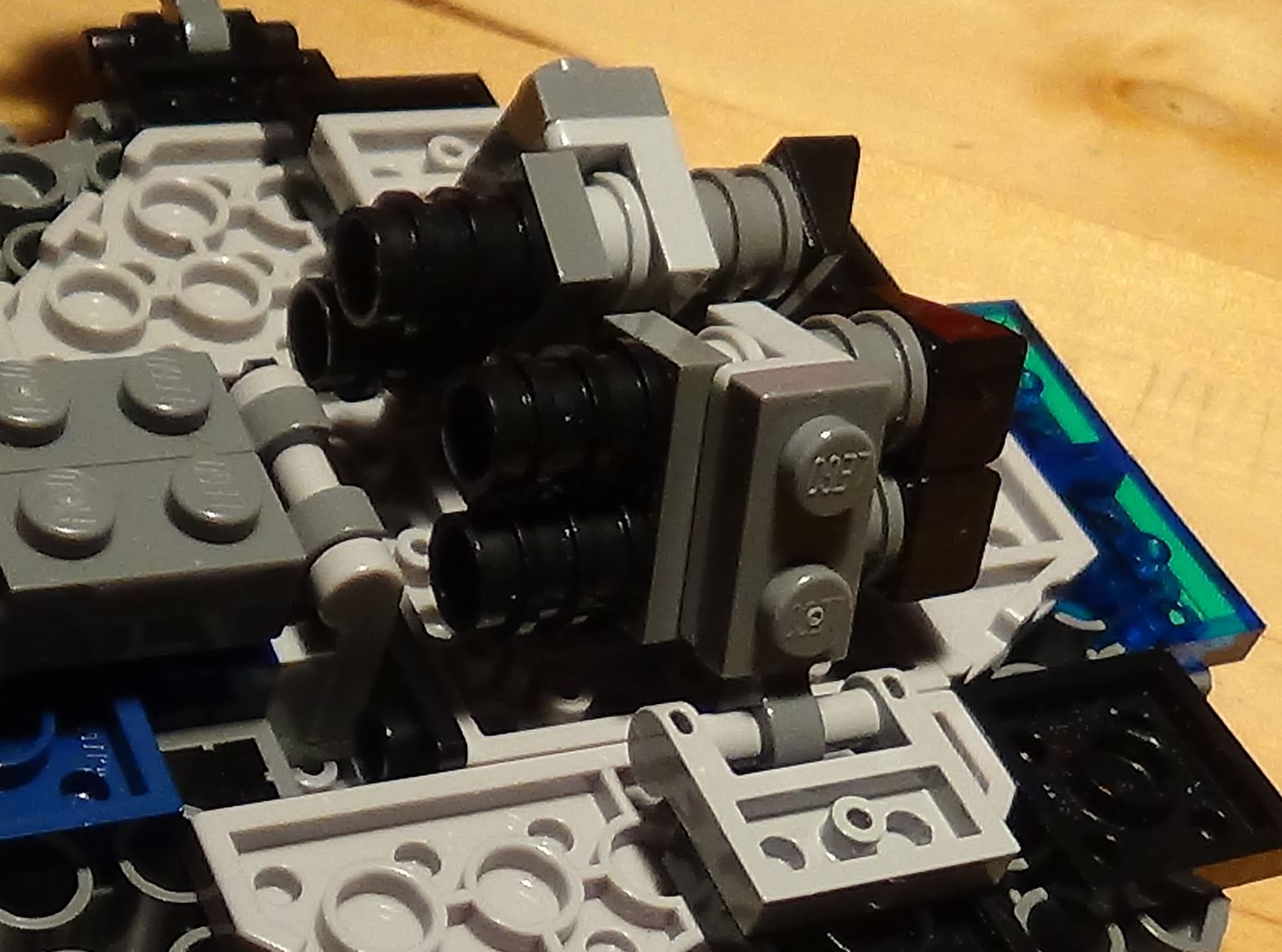 The Rocket-Launchers on the bottom of the Model. 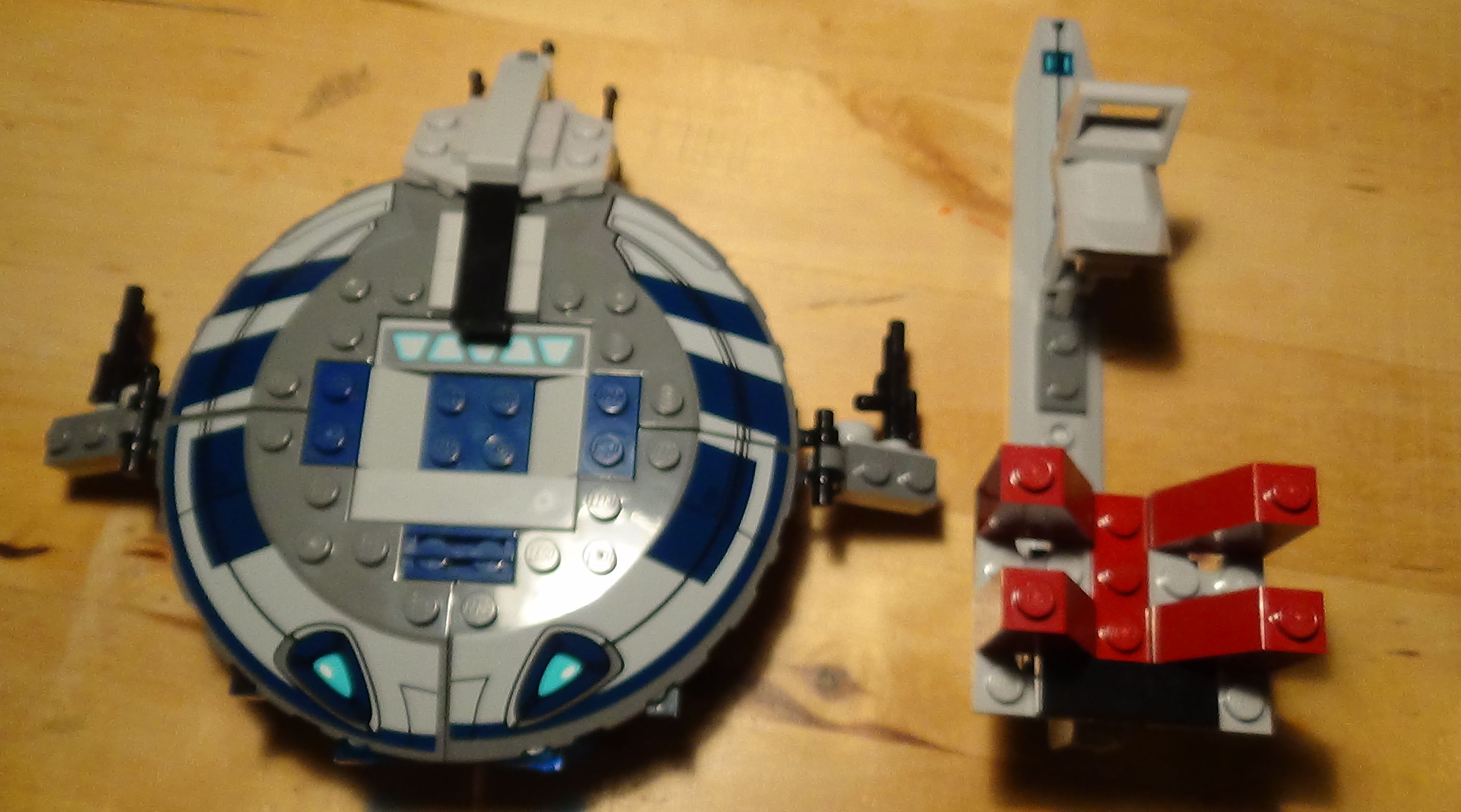 Top-view of the Ship and it´s stand.
(as you maybe can see, the model mainly is built out of parts from the Lego Star Wars "Umbaran MHC")