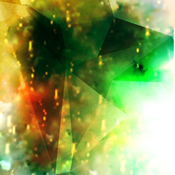 All aboard the Spaceship Port! The year is 2916, and mankind has spread its influence among the stars. In this set, see this influence in a Spaceship Port on a faraway planet. With a multitude of ships and buildings, this set has everything you could want to recreate the day-to-day scenes you may find if you just happen to park your 'Starglider 2000' in the terminus on Cygnus X-alpha-39, or 'New Earth', and grab yourself a stardust sandwich!

There is also a habitation which has:

Around the port are blue buildings which are stop-offs for dock workers. In this world, dominant light grey colouring signifies a peaceful vessel, usually privately owned, hence why all privately owned ships have a colour scheme which includes this colour. It is also the reason the scavenger ship has light grey turbo-engines on it, to signify its peaceful state.

The Battlecruiser and its drone clip together if the rear engines are lifted up after the cruiser begins space travel, the drone then attaches underneath the engines and will detatch when the Battlecruiser commanders decide to investigate a new star.

The orange pipes in the corner of the set represent naturally occurring veins of the mineral Stratalite, which has revolutionised space travel with its anti-gravity properties - also why New Earth has become such a rich planet as to have such a large space port.

Hope you like the set and support my project - thanks for reading!