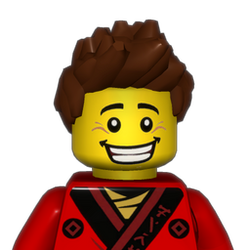 LuckyBlock98
8
It is a giant Lego minifigure. I used a smaller minifigure to show the size comparison. Unfortunately due some limitations I couldn't get it to move. The larger girder pieces are used to show overall height. I built this as a display piece to start, but mostly as a size comparison tool. I also did build a very similar model 2 years back and that is what inspired me to make this.
I think a Giant minifigure would be a cool display piece, or you could change to make another minifigure, like the Statue of Liberty like in Lego Marvel Super Heroes for example. Other characters could be used like an OC, or many others. Designing your own Giant minifig could be a cool concept.
8