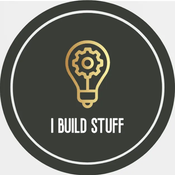 By I Build Stuff
18 comments
Make sure to check out the video below to see it in action!
﻿﻿﻿﻿﻿﻿﻿﻿﻿
The Trammel of Archimedes is an amazing ancient mechanical invention used to draw or generate the shape of an ellipse. It is also a pretty popular toy. This LEGO replica of the Trammel of Archimedes is very satisfying and fun to play with.
This LEGO model was really interesting to build. I decided to build it after watching a video about this ancient invention. This model has three moving shuttles that satisfyingly move along the channels. The model is very fun to play with, and it includes two versions, with a total of 202 pieces.
Version 1:
This is the Toy variant of the Trammel of Archimedes. You are able to spin the crank and watch the shuttles satisfyingly move back and forwards without colliding. (As shown in the video below).
Version 2:
This is the Ellipsograph variant, which for drawing an ellipse. When you attach a pen or pencil to the arm, you are able to draw an ellipse when you spin the arm. (As shown in the video below) The length of the ellipse can be varied by using the different sized star shaped parts, and the size can be adjusted by extending the arm. (pencil/pen not included)
If you are interested in STEM, physics, functional models, ancient technology, or even just a fun satisfying toy to play with, then this amazing model is for you. By I Build Stuff
18 comments