Set of Self-Unloading Hopper Wagons of the DB 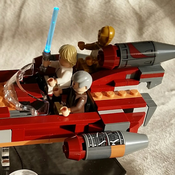 LEGO has for a long time built nice train sets. What is really rare, are sets which are coaches only.

As many of us already have locomotives, tracks, etc. it would be great to see coaches as a LEGO set.

Such an addition would be a nice enhancement to any LEGO Train collection.

Also, if it becomes a LEGO set, the coaches could also be built in red and blue instead of brown.

Features of the Self-Unloading Hopper Wagons Otmm70 of the DB:

Built with 7 studs width, length 20 studs, 4 shutters at both sides to open, means there is a play value.

Have fun during review. (all pictures made in horizontal 4:3 mode).