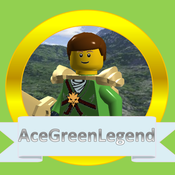 In the year 21XX, an ancient red-armored robot was discovered. After being brought in for research, the robot - named Zero - joined the organization known as the Maverick Hunters, a police force of robots formed to stop the actions of rogue androids that threatened to wipe out the human population.

Who was he? What was he built for? And most importantly of all...

What does he fight for?

With your support, this legendary hero of the future could find a place on your shelf immortalized in LEGO! Made with sophisticated building techniques as well as integrating the CCBS (Character and Creature Building System), Zero would make a great addition to any Mega Man / Rockman fan's LEGO collection!