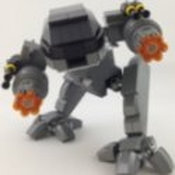 In 2688, humanity exists as a utopian society due to the inspiration of the music and wisdom of the Two Great Ones: Bill S. Preston, Esquire and Ted "Theodore" Logan.

Rufus is tasked by the leaders to travel back to San Dimas, California, in 1988 using a time machine disguised as a telephone booth to ensure that Bill and Ted get an A+ on their final history oral report to allow them to pass the class they have been failing all year.

Should they fail, Ted's father plans to ship Ted to a military academy in Alaska, ending Bill and Ted's fledgling band, the "Wyld Stallyns", thus altering the future.

Chuck De Nomolos, detests this utopian society, and steals one of the time-traveling phone booths with the aid of two robots: Evil Bill and Evil Ted, and travels to 1991, with the intent to prevent Bill and Ted from winning the San Dimas Battle of the Bands.

Evil Bill and Evil Ted arrive and the robots kill them by throwing the two over the side of a cliff. Bill and Ted's souls are met by Death who challenges them for their souls. Bill and Ted realize their only escape is to take Death's offer.