New base design for the Triceratops 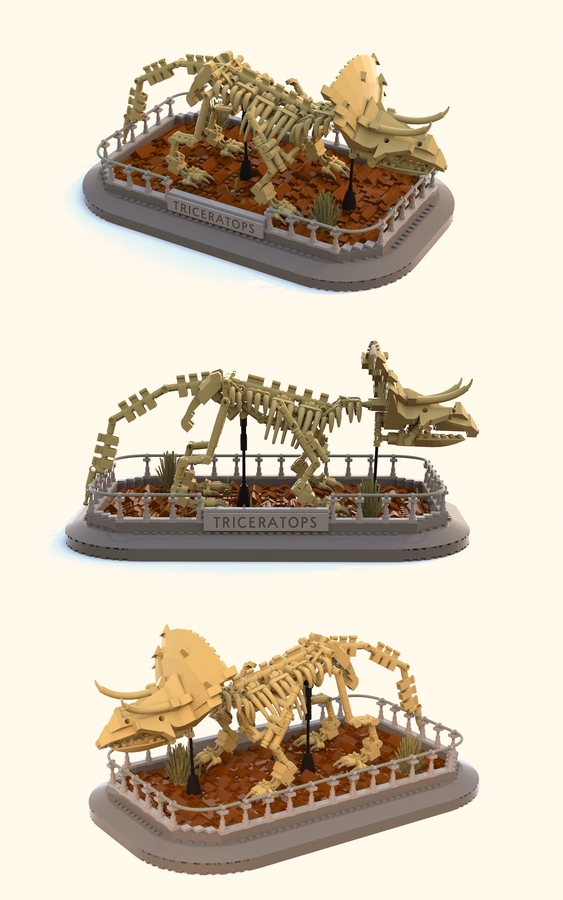 Say hello to the Parasaurolophus ! 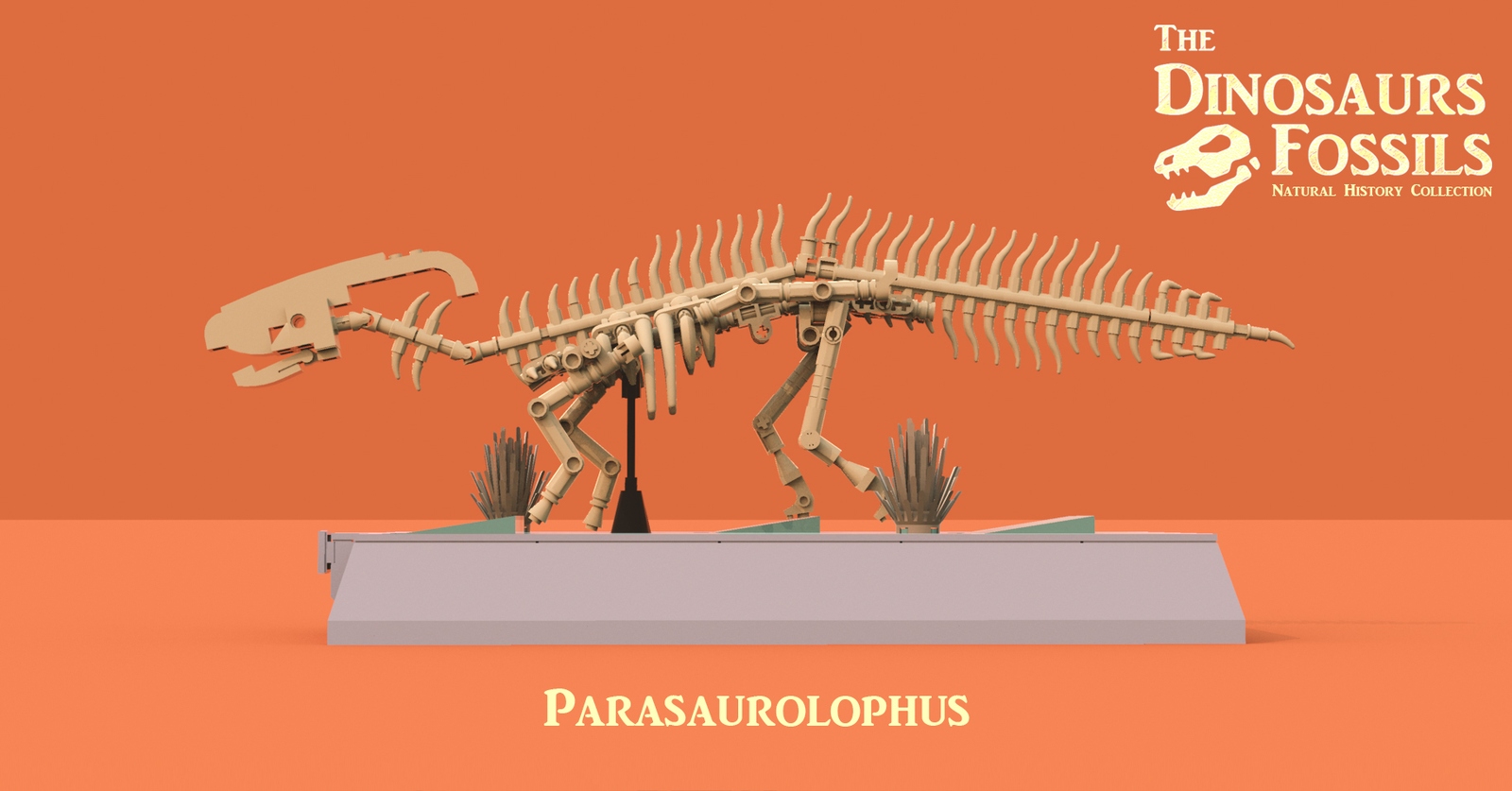 New presentation of the collection, enjoy ! 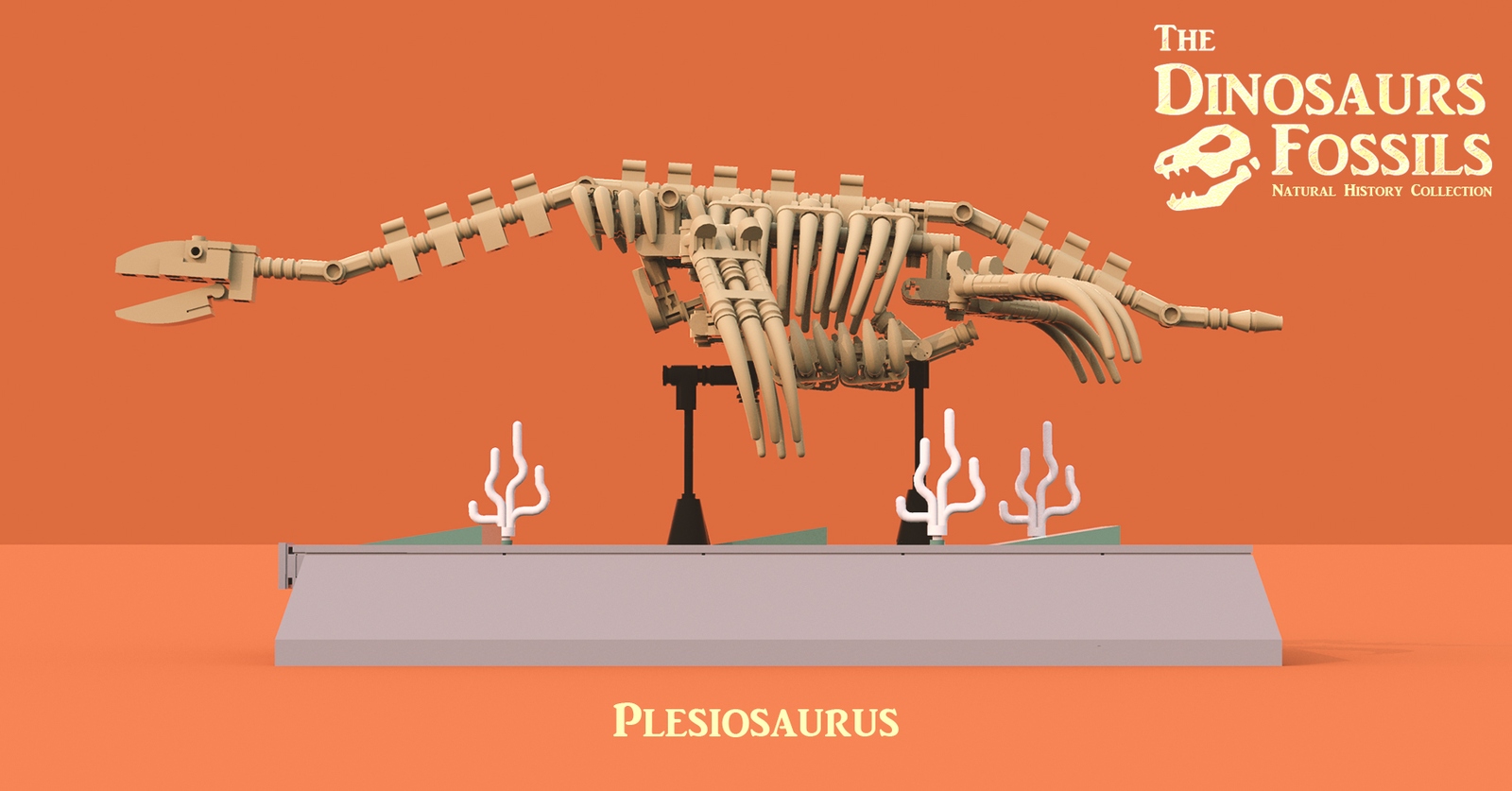 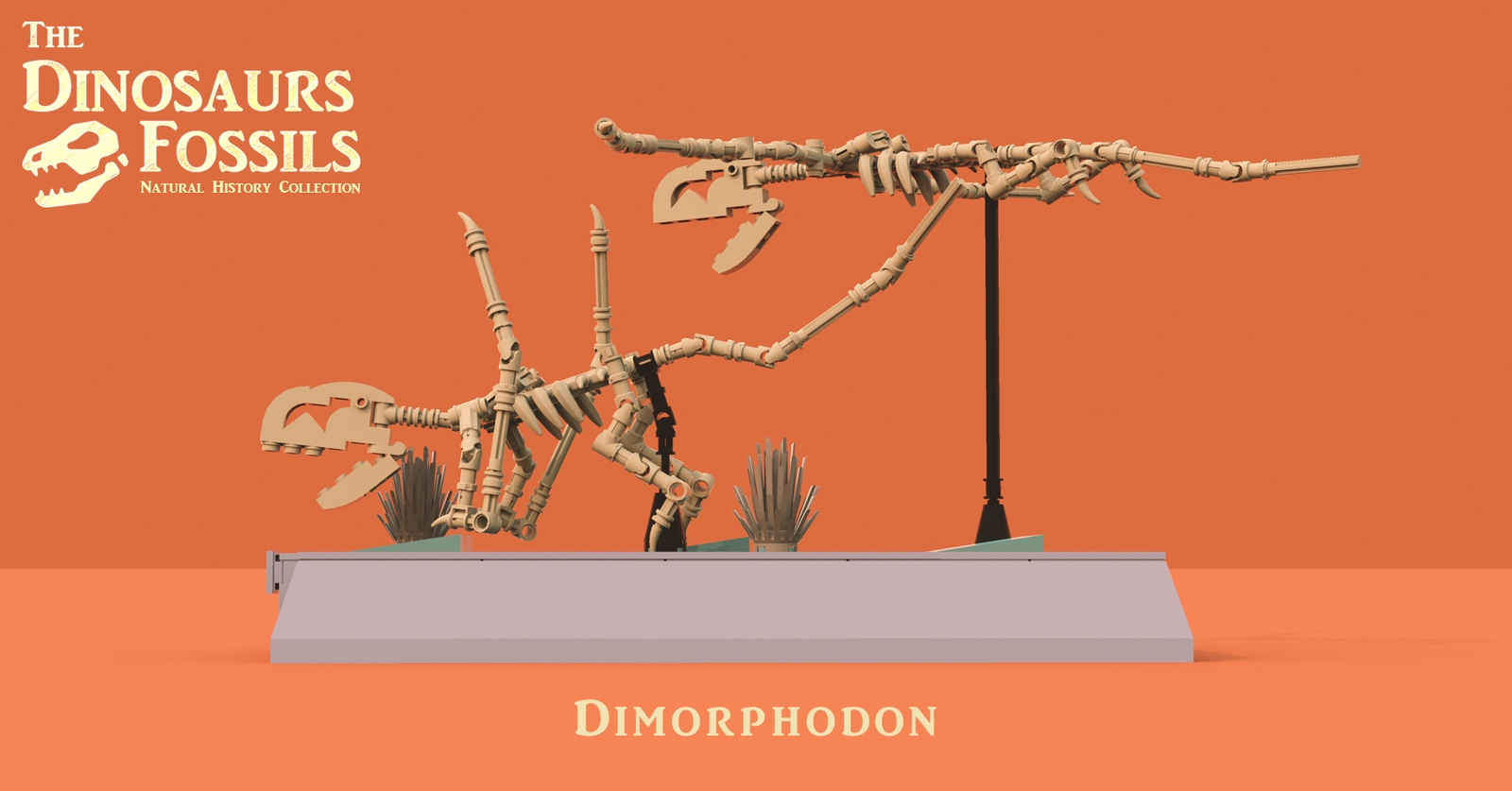 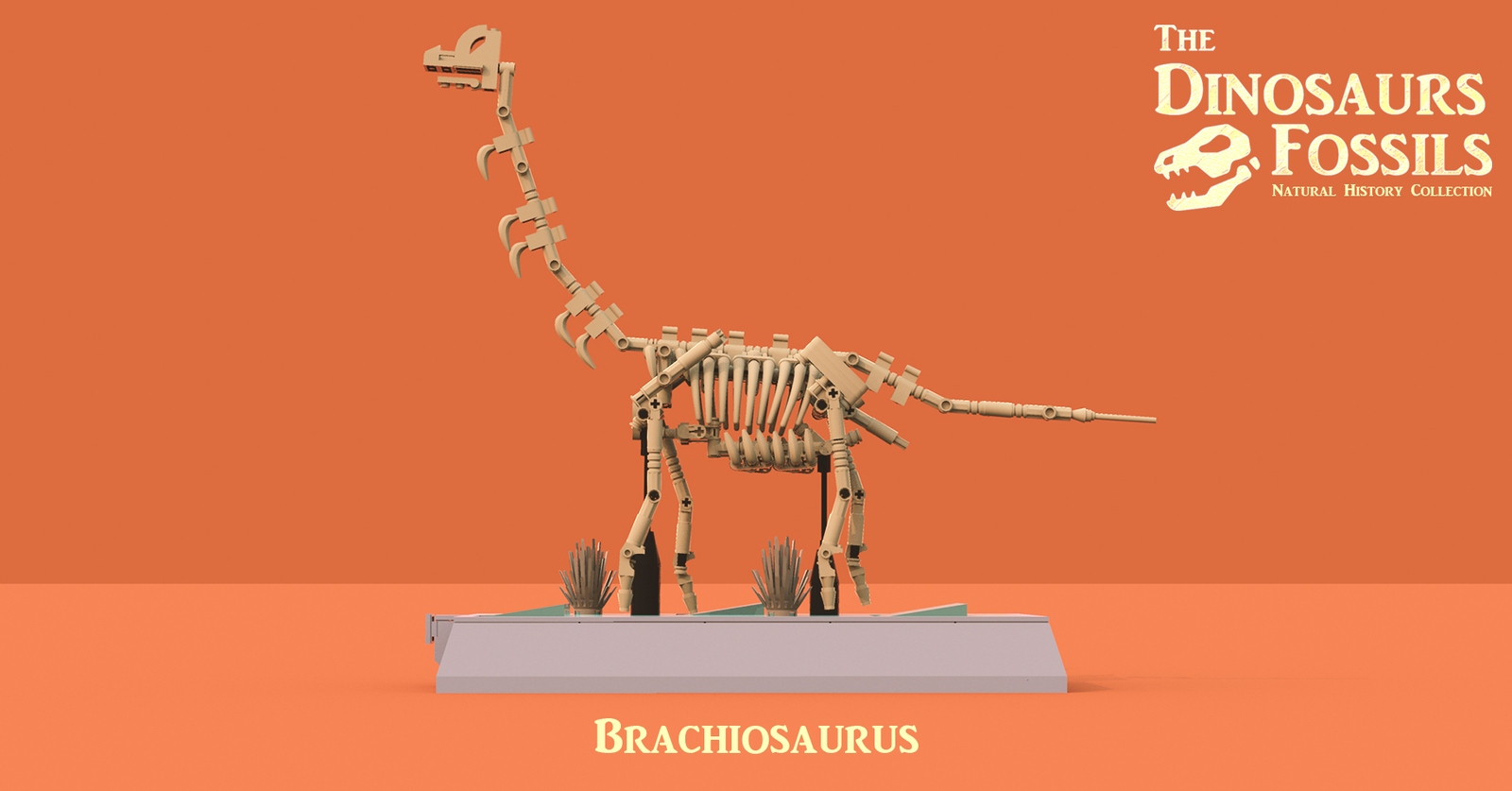 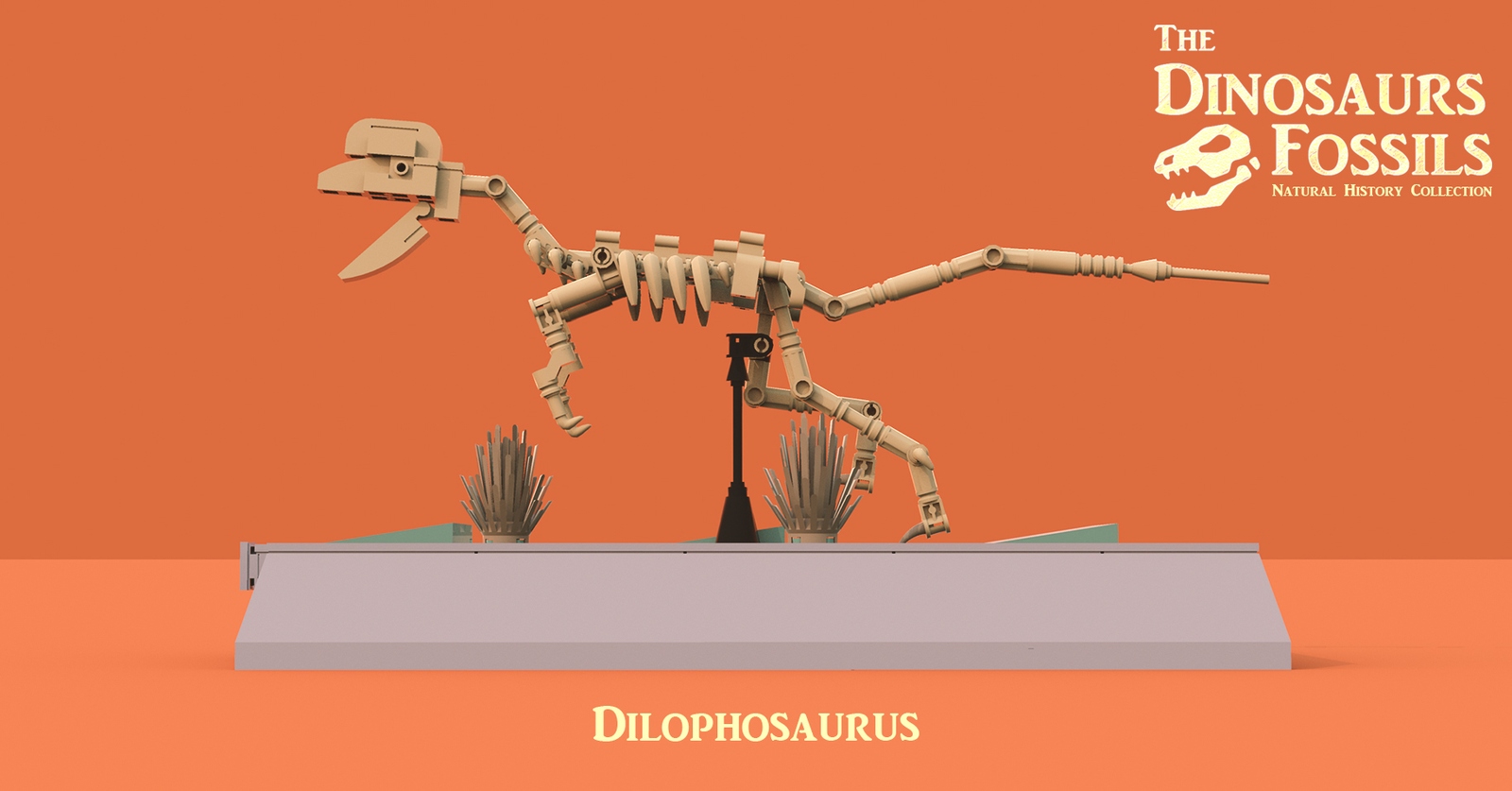 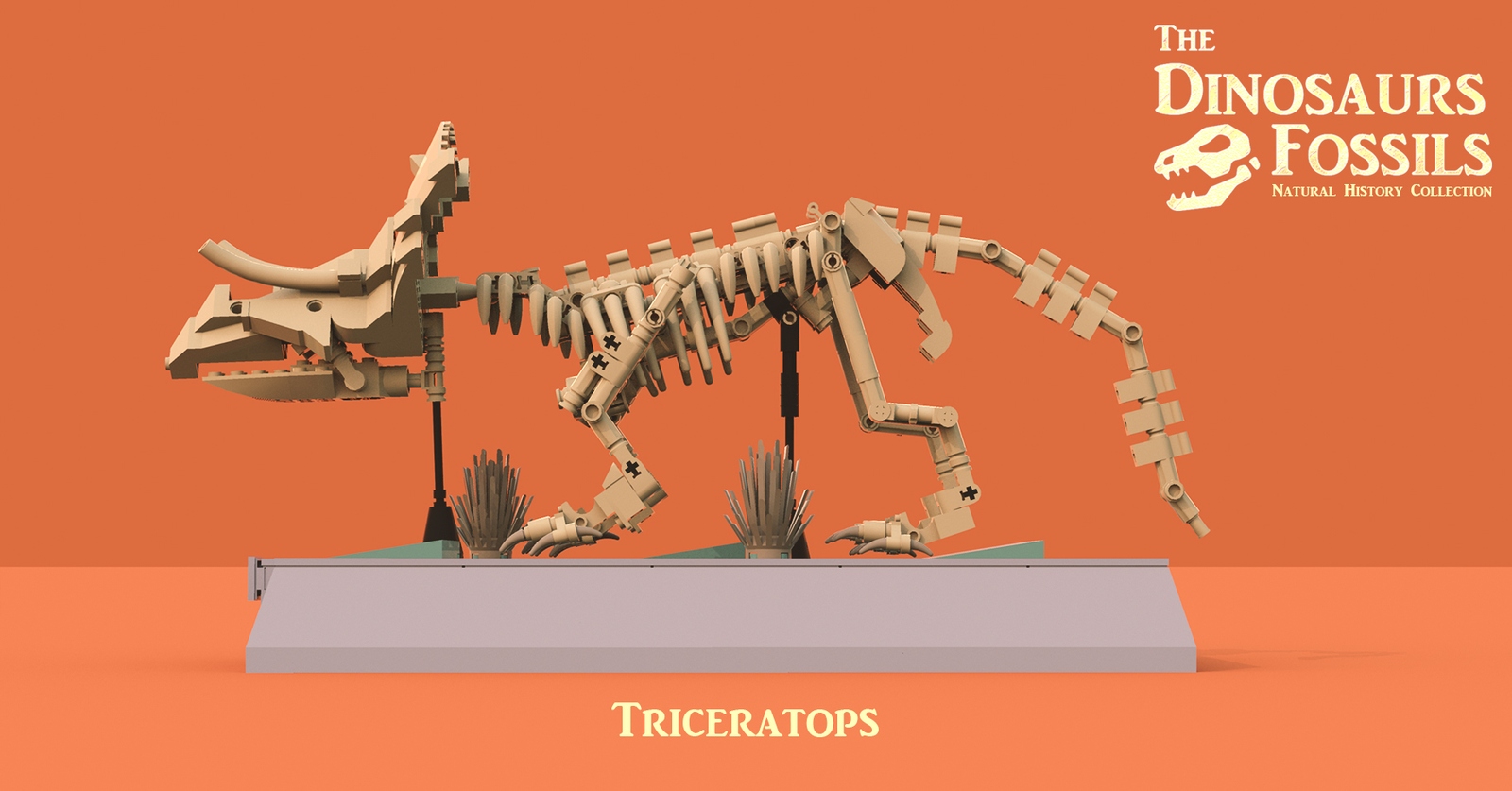 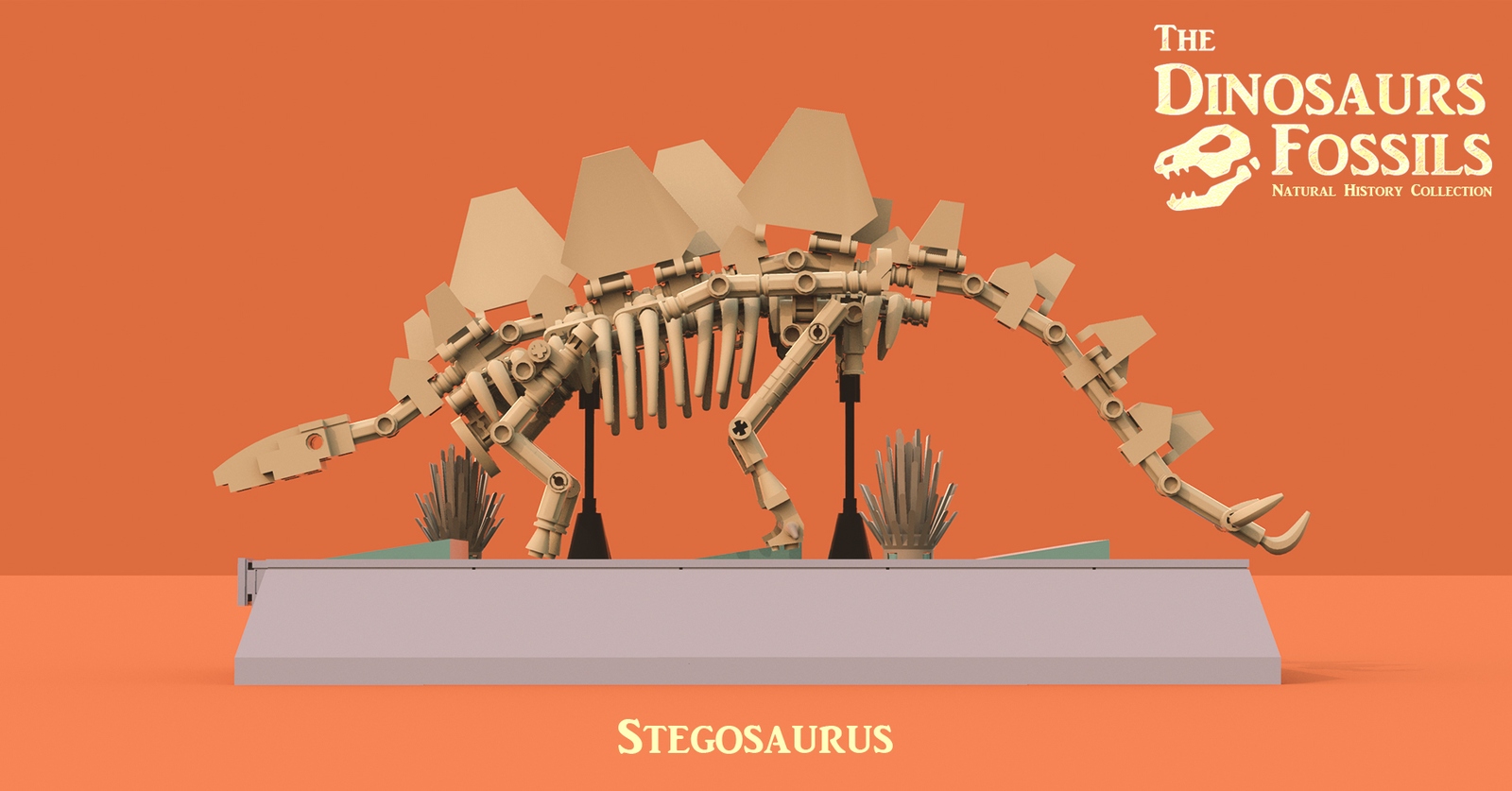 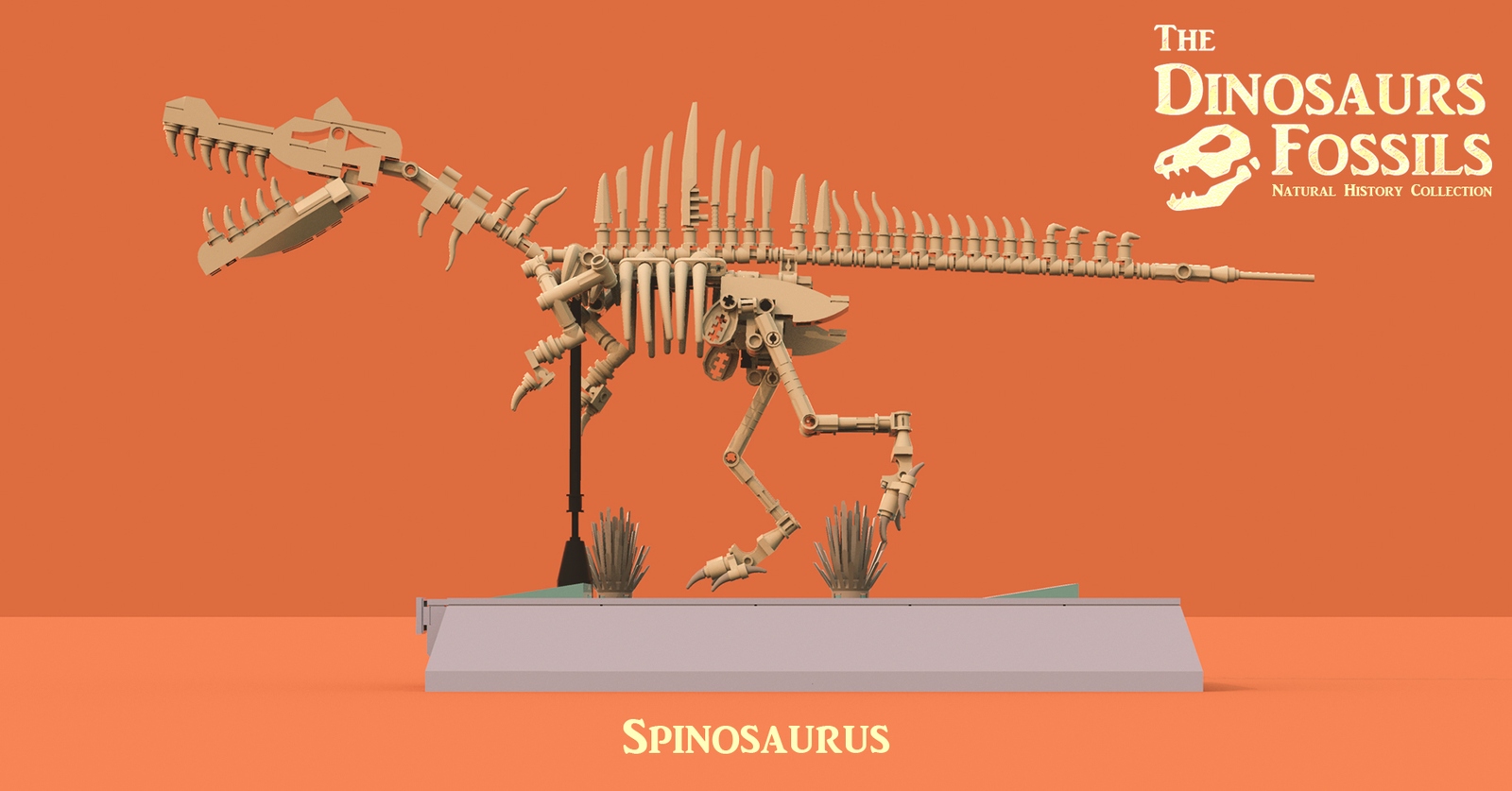 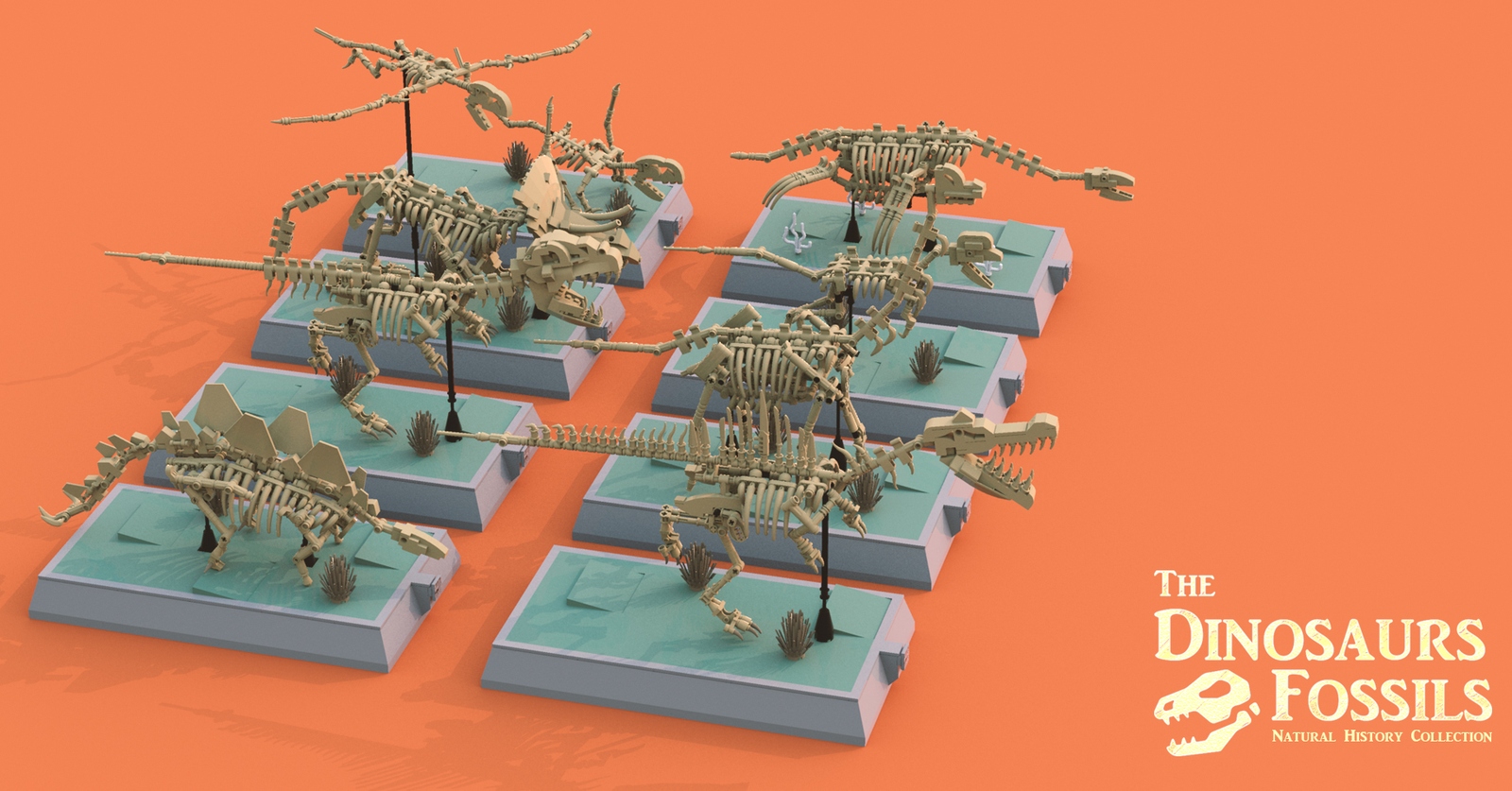 Because we are almost at 9000 supporters, I decided to make a new dinosaur skeleton for this very special occasion ;)

Say hello to the Spinosaurus, one of the most dangerous dino ever  !

A little bit of science presenting the Spinosaurus with Wikipedia :

"Spinosaurus was among the largest of all known carnivorous dinosaurs, nearly as large as or even larger than Tyrannosaurus, Giganotosaurus and Carcharodontosaurus. Estimates published in 2005, 2007, and 2008 suggested that it was between 12.6–18 metres (41–59 ft) in length and 7 to 20.9 tonnes (7.7 to 23.0 short tons) in weight.[2][3][4] A new estimate published in 2014 and based on a more complete specimen, supported the earlier research, finding that Spinosaurus could reach lengths of over 15 m (49 ft).[5] The skull of Spinosaurus was long and narrow, similar to that of a modern crocodilian. Spinosaurus is known to have eaten fish, and most scientists believe that it hunted both terrestrial and aquatic prey; evidence suggests that it lived both on land and in water as a modern crocodilian does. The distinctive spines of Spinosaurus, which were long extensions of the vertebrae, grew to at least 1.65 meters (5.4 ft) long and were likely to have had skin connecting them, forming a sail-like structure, although some authors have suggested that the spines were covered in fat and formed a hump. Multiple functions have been put forward for this structure, including thermoregulation and display." 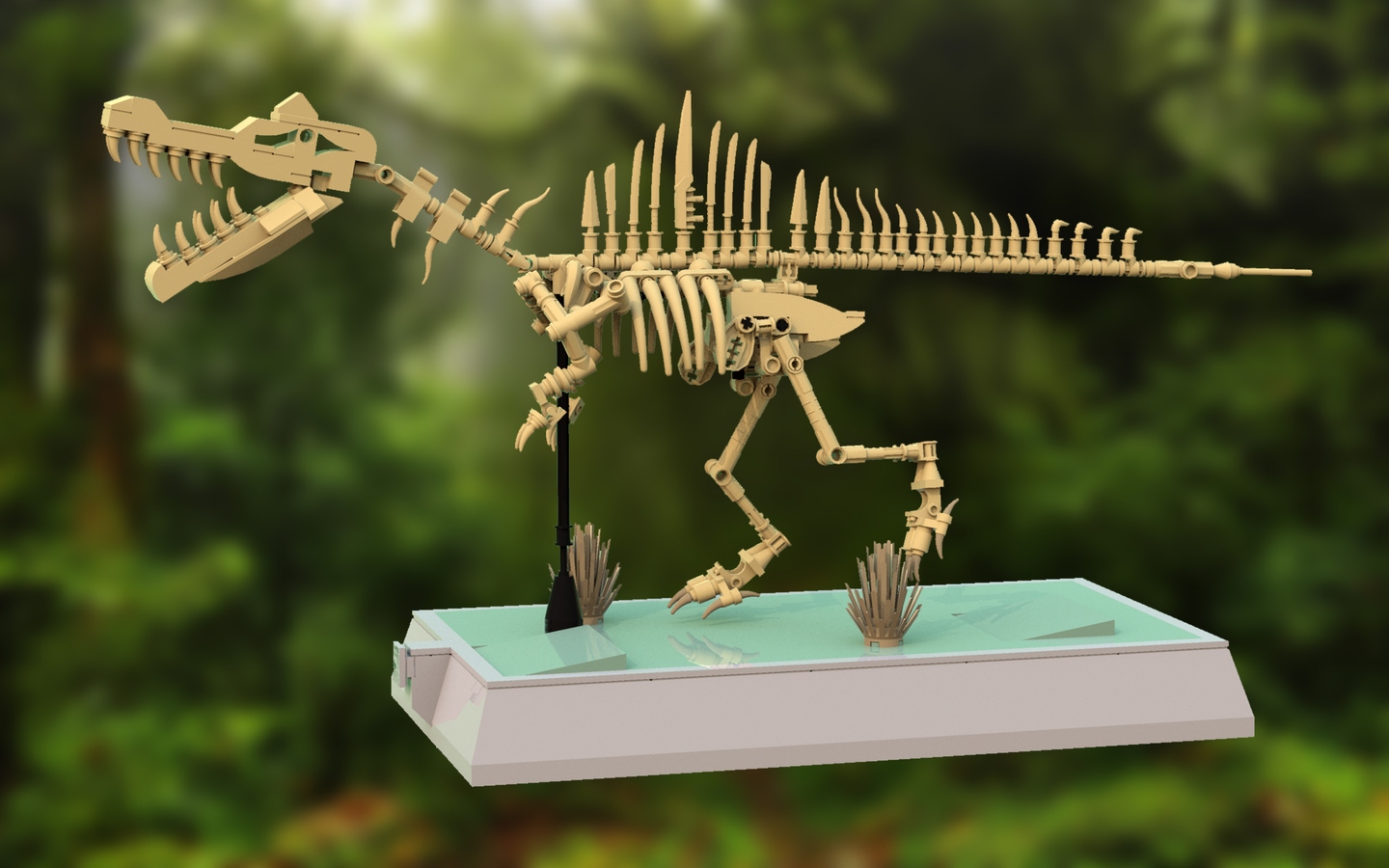 Oh...my...god, already 7600 supporters ! We are now comforting our top ten position of the most supported projects on Lego Ideas ! And I really think it's time for me to offer you all a thank you gift !

Lot of Lego addicts claimed it, many waited for it, and now it's here, the Lego T-Rex Skeleton !

A little bit of science presenting the T-REX with Wikipedia :

"Tyrannosaurus is a genus of coelurosaurian theropod dinosaur. The species Tyrannosaurus rex (rex meaning "king" in Latin) is one of the most well-represented of the large theropods. Tyrannosaurus lived throughout what is now western North America, on what was then an island continent known as Laramidia. Tyrannosaurus had a much wider range than other tyrannosaurids. Fossils are found in a variety of rock formations dating to the Maastrichtian age of the upper Cretaceous Period, 68 to 66 million years ago. It was the last known member of the tyrannosaurids, and among the last non-avian dinosaurs to exist before the Cretaceous–Paleogene extinction." 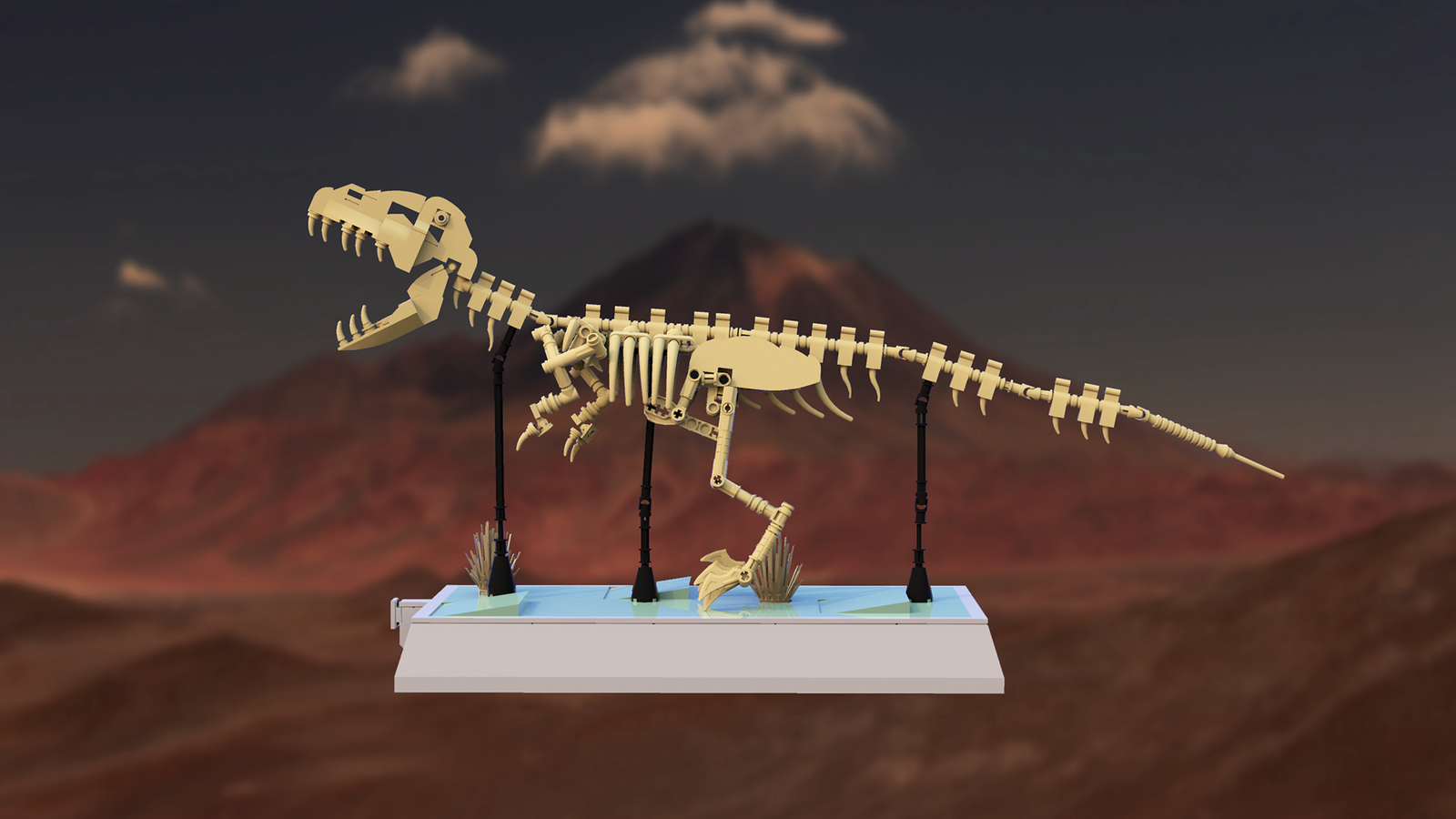 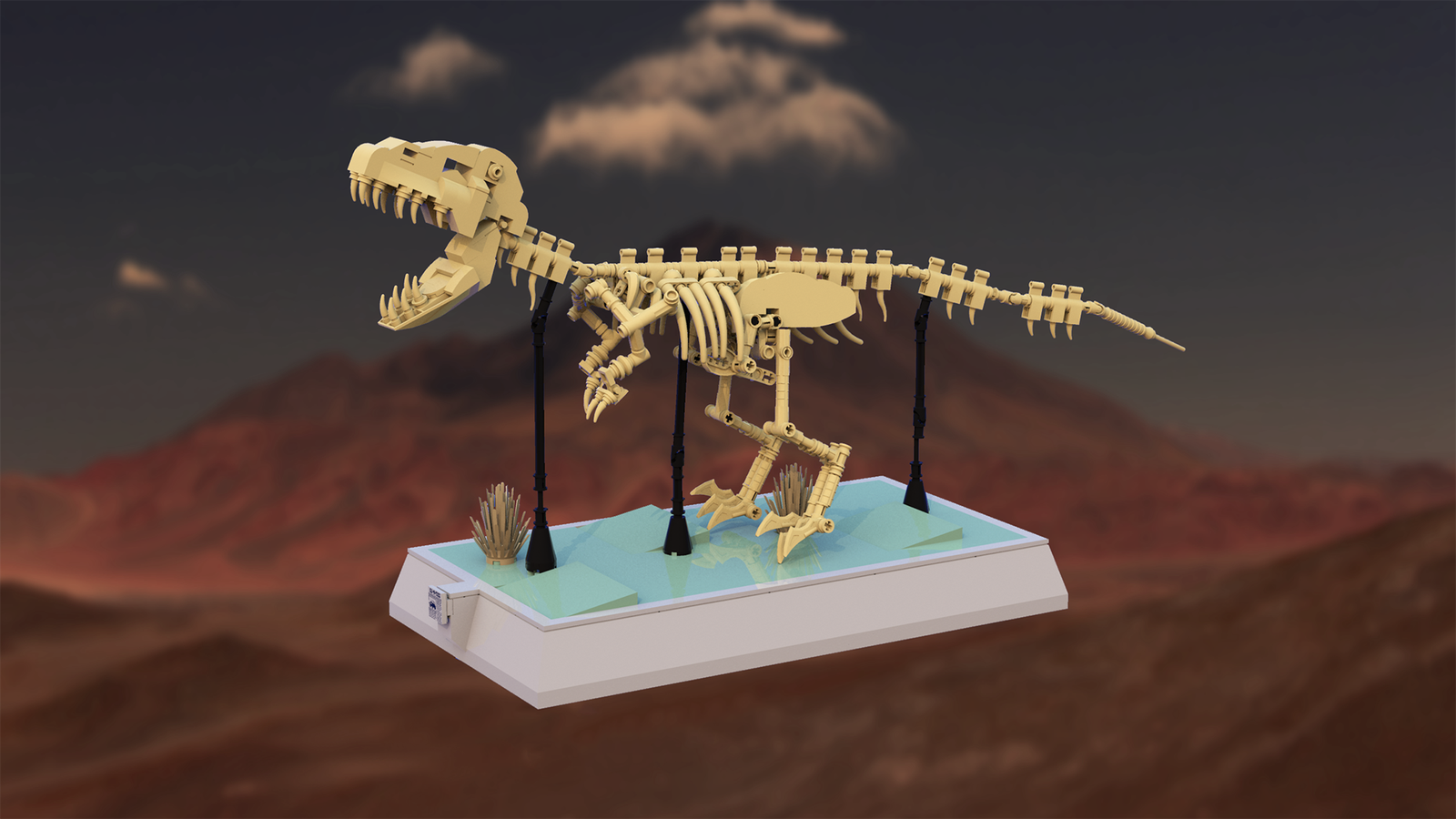 The Lego Block's team contacted me some times ago because they wanted to talk about our Dinosaurs Fossils project in their in their April 2018 issue !

I really did not expect a magazine so big in the Lego community to talk about my little project, I'm still excited ! 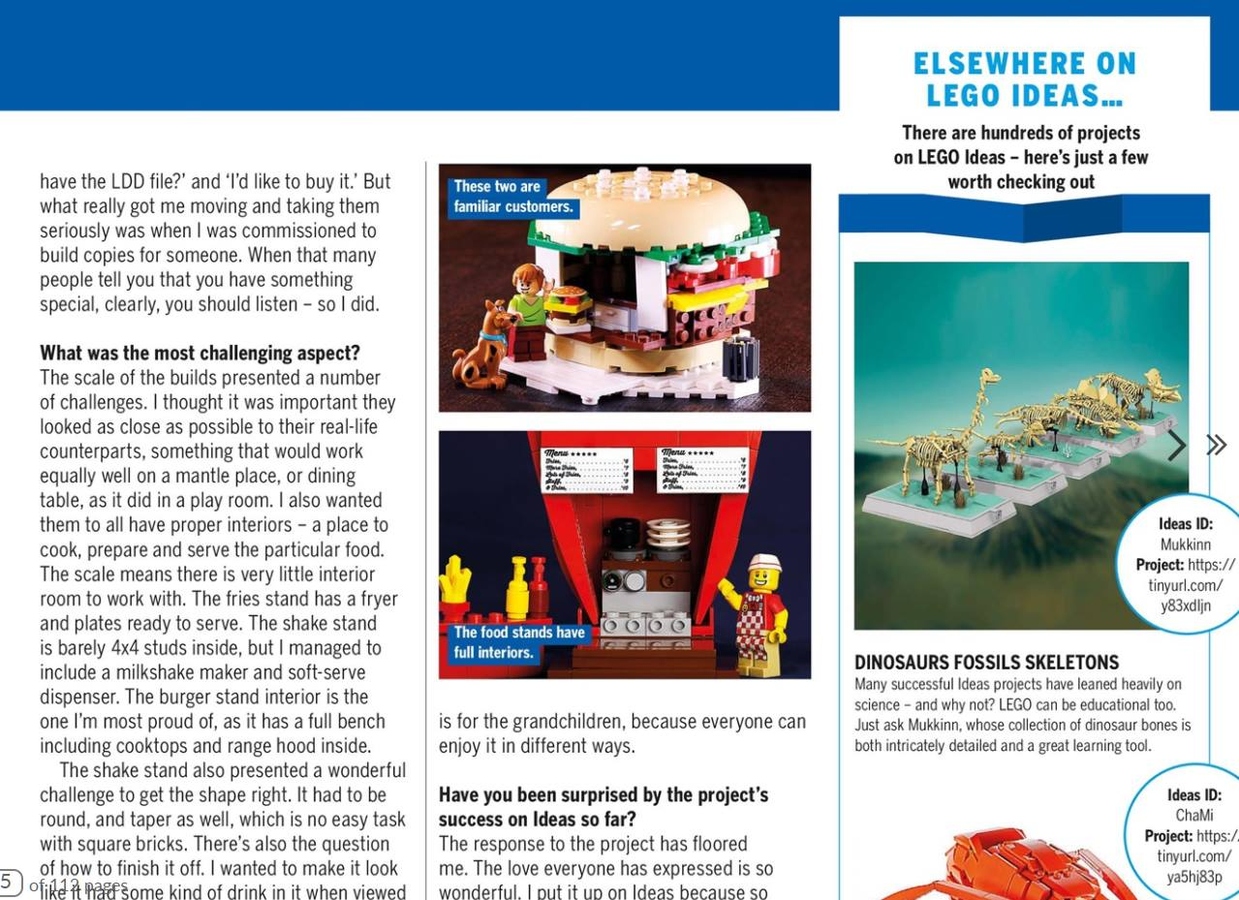 If you are interested, you can buy it online here http://www.blocksmag.com/

Thank you so much Block's for your spotlight and your kindness !

Again, I would like to reiterate all my most sincere thanks to the supporters, especially to the Lego Reddit's ones, who were absolutely fantastic in their relevant remarks and their incredible help, giving a serious boost to the project ! Really, thank you all, that mean a lot to me.

I never thought this project could reach so much supporters, and it keep growing and growing everyday ! It's just unbelievable to refresh the page every morning and see how much you are to promote this set ! I'm sorry if I don't answer to everybody, my work is taking me a lot of time at the moment, but I can guarantee that I read all your comments, here and on Reddit.

That being said, I just wanted to come back on few remarks about the Peisiosaurus. Yes, indeed, it can not be considered as a Dinosaur, but rather as a large aquatic diapid vertebrate. However, it is known that they existed from the Jurassic until the extinction of the Cretaceous, which makes them contemporary to some dinosaurs. So now it's clarified :)

I said previously that I was working on a T-Rex model, it's still the case, but the result does not satisfy me completely, so I have to continue the work on it. Anyway, I have another surprise for you, some people asked me to incorporate a flying Dinosaur, it's now done with the Dimorphodon ! A curious animal, this one, I've always appreciated it with his big head and his chimerine look. 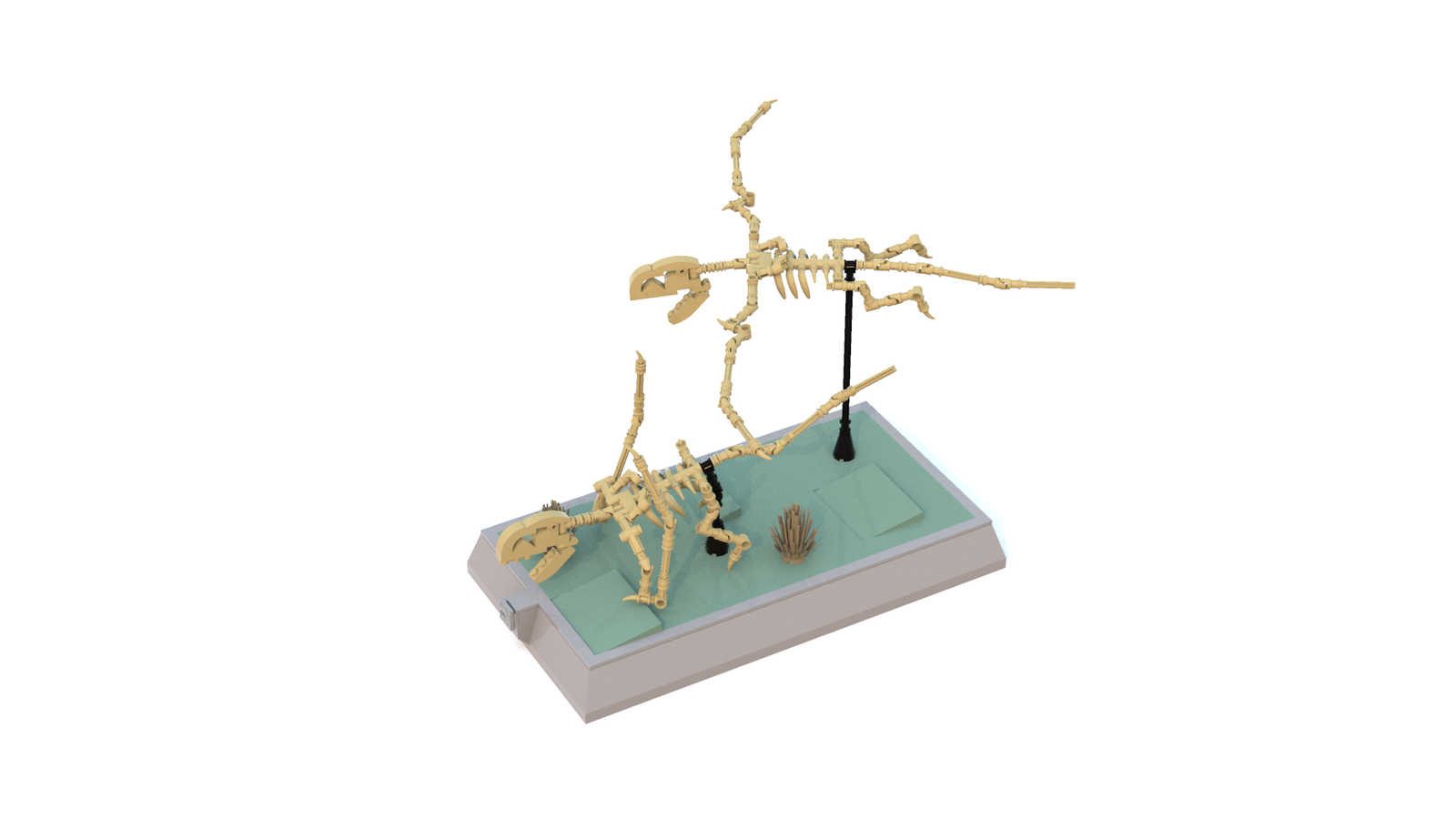 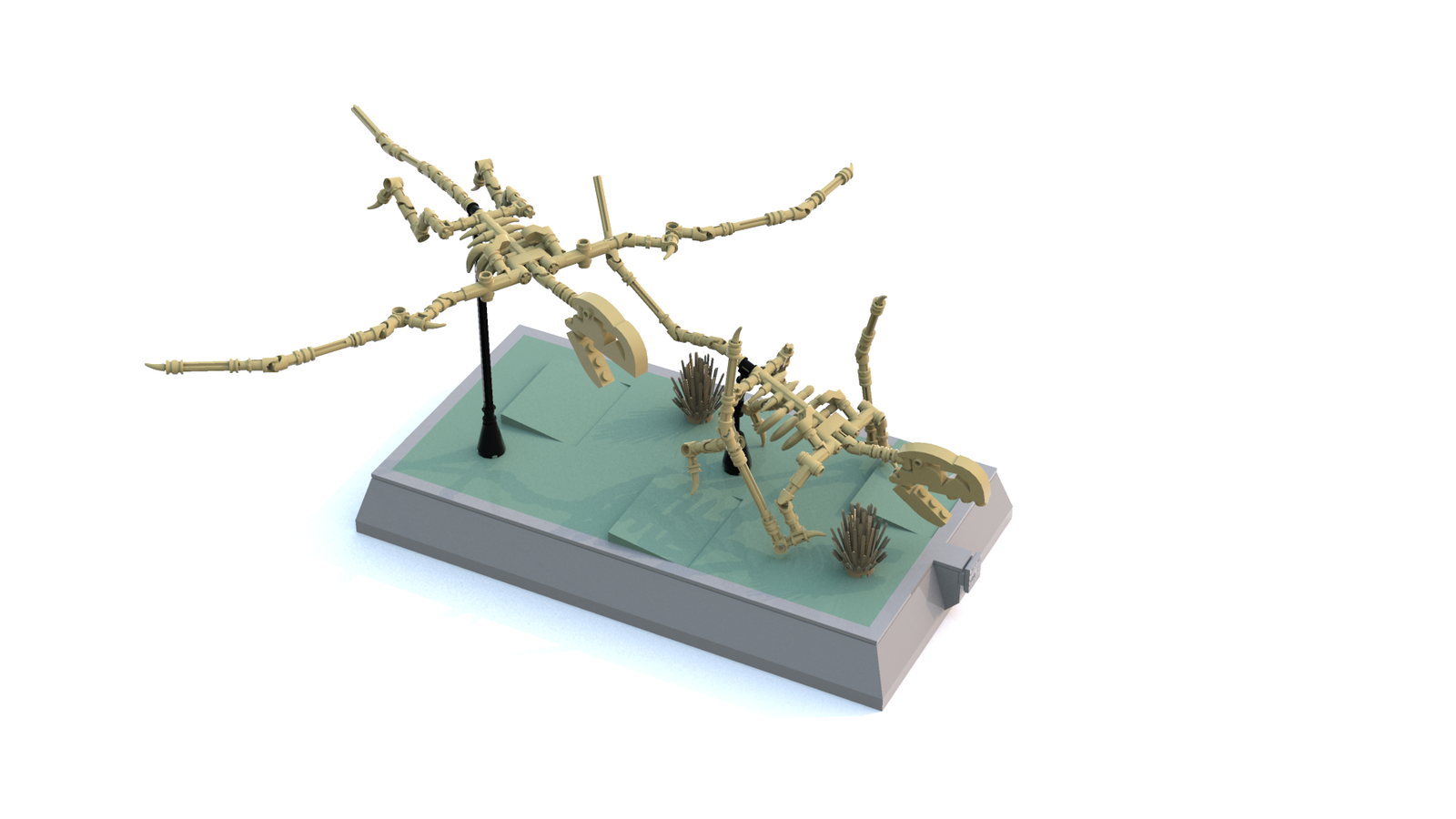 (Please note that the scales between the dinos in the set are not accurate at all, also I used another render for the 3D model, that's why it's not exactly the same colour as the set images)

That's all folks ! Please keep up the good work and...Brick on !

I would like to thank you all for your support and comments !

It's a real pleasure to see the Lego Ideas community helping me to improve my set, and I encourage you all to express your critics (good or bad) about it !

I really hope this set will be realeased some day, thanks to your support. As a big fan of dinosaurs, I think Lego should add to its Lego Ideas collection a set about these majestic animals from the past !

To thank you and bring some new visuals to my project, here are some detailed new pics of the set. 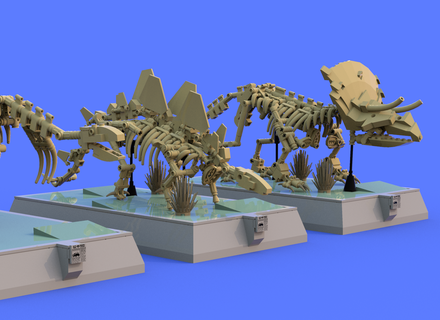 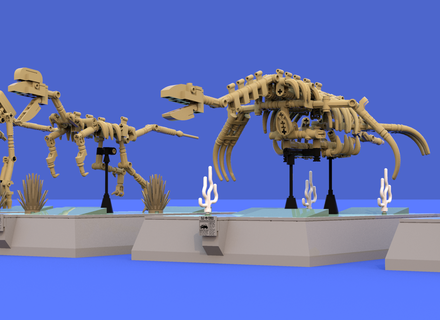 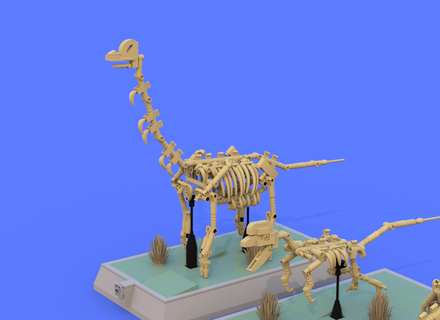 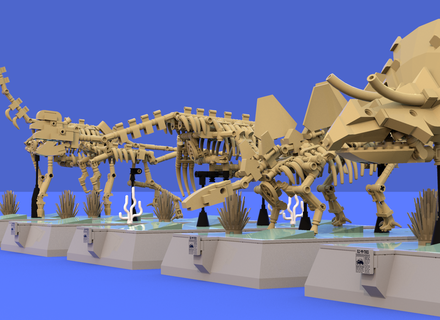 I'm presently working on a T-Rex model, some people asked me to do it, and I just wanted you to know that it's on the way ;)