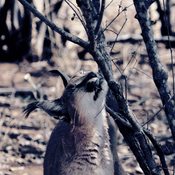 By Dr3w2047
6 comments
This is again to all my fellow Percy Jackson fans. I decided that doing an alternate set with just the cabins would be just as good as the entire camp. This is the cabin area at camp, it has the hearth fire burning brightly in the center and all the known cabins.
These are the 12 original cabins: Zeus' cabin, Hera's cabin, Poseidon's Cabin, Athena's cabin, Ares's cabin, Apollo's cabin, Demeter's cabin, Hermes's cabin, Hephaestus's cabin, Artemis's cabin, Aphrodite's cabin, Dionysus's cabin. And the newer cabins from the Heroes of Olympus series: Hades's cabin, Nemesis's cabin, Iris's cabin, Hypnos's cabin, Nike's cabin, Hebe's cabin, Tyche's cabin, and last but not the least Hecate's cabin. All the cabins in this set were based on art on the Rick Riordan Percy Jackson website.
I think this would be a great set for all the old and new Percy Jackson fans who have been waiting on a LEGO set. I know I personally have.
Please show your support and make this a possibility.