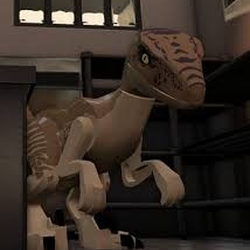 Some of this is from my Jurassic Park Responder (Flat Top)