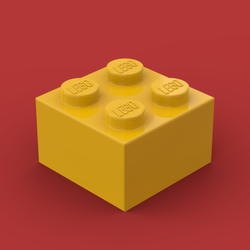 The airport from Animal Crossing New Horizons. I've been a fan of animal crossing for a while now and i wanted to do a build of it, so I chose to build the airport. I've tried to replicate the build as close to the game as possible. The model contains about 1000 or more parts due to the tiles and is build on a square base about 32x32 studs wide.
I've added 2 minifigures, Orville and Wilbur to the build. I can't really find a more suitable part for the head so the standard minifig heads will do for now.
I'm thinking of adding playable features to the build. If you have any suggestions on how to improve this set, be sure to let me know and If you like this set, be sure to support it. Let's get this to 10k supporters to have an official Animal Crossing set! Thank you so much for your support!
47
348
days left