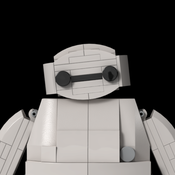 By Jason MOCer
30 comments
"Alice in Wonderland" is a story that almost everyone has heard when they were young. Disney's animation is excellent, and the image of each character is deeply rooted in the hearts of the people.
In 2010, Alice in Wonderland filmed a live-action movie, the characters became more distinctive, and the image of the Red Queen and Mad Hatter was even more impressive.
In this version of Alice in Wonderland in Brickheadz, I have also referenced the character shapes of animation and movies, plus some of my imagination, and try to maintain their characteristics in the cute style of Brickheadz.