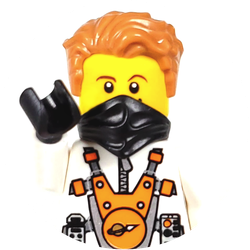 A small cave beneath the open manhole is nice, but it didn't look enough like a sewer. It really needed some sewer water and a scorpion hiding in the shadows. 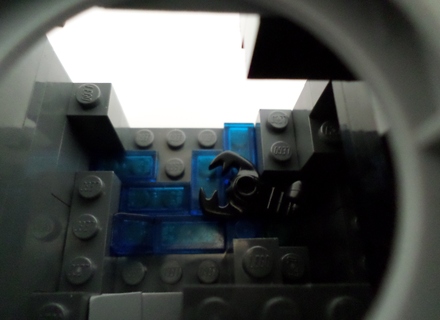 So now you can see how much better it looks! Even if I just added some trans-blue tiles.  :D 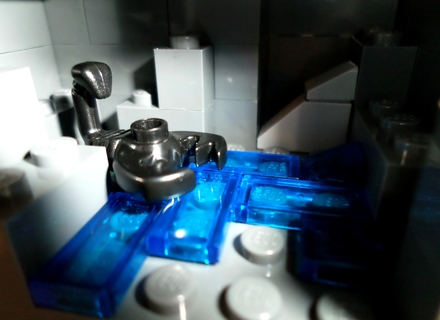 That light gray slope to the top right of this picture was actually a shark fin in a different moc! 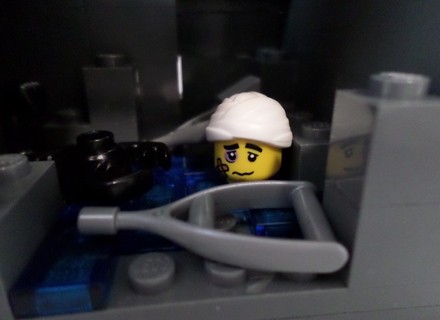 Notice how his reflection on the shiny rock looks strangely uninjured...

Thanks for all the support so far! Please remember to take a moment and share on social media!

Wow! 64 supporters already! Thank you so much!

The supports sure are stacking up! Please excuse my bad pun. :)

I realized that one thing that this project didn't have was a cool function. So that is exactly what I've built. Basically, it's a button on the side of the model that when you press it, it tilts a 2x6 platform that the guy on crutches is standing on, and he then falls in the open manhole. The 2x6 platform tilts at approximately a 15 degree angle which is just enough to make him fall in. 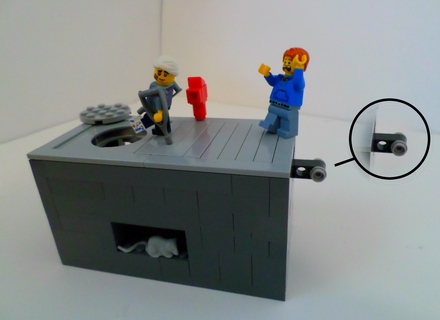 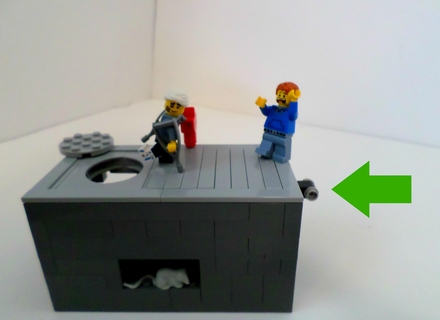 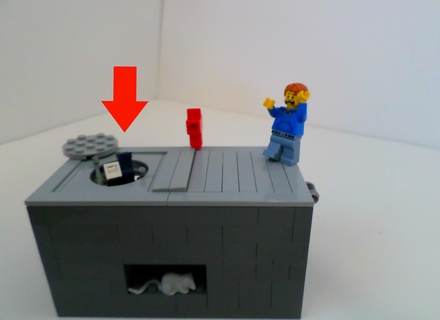 This function adds additional playability, and it makes the build more enjoyable. Fortunately, I didn't have to alter the open back! 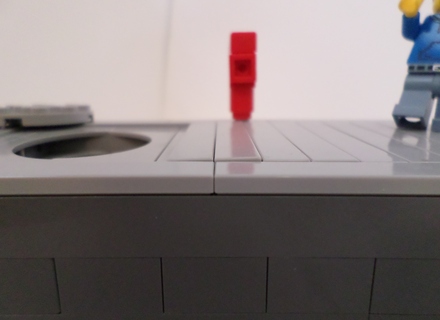 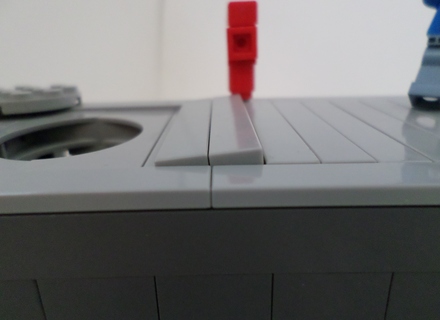 I really appreciate all your support so far! Please remember to share this project on social media! Thanks!

As you can see, I opened up the back so that the builder can create their own end-of-story scene.

Now you can see where that spider is hiding. 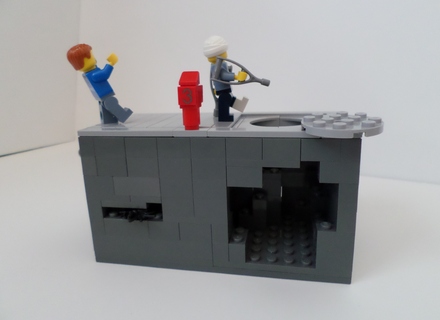 This is a needed addition, suggested by Mr. Roy. 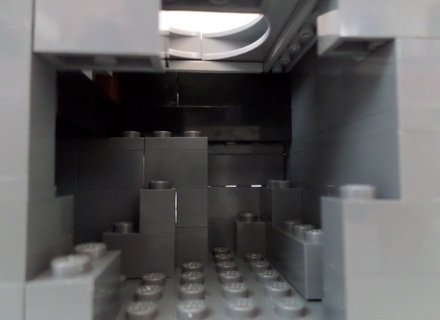 He sure is having a rough day. 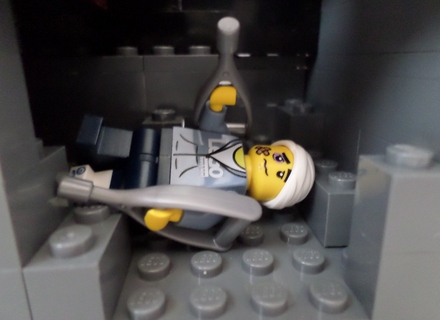