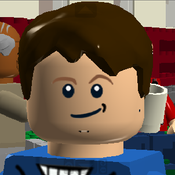 Possibly the worlds' most famous locomotive, Flying Scotsman was the first steam locomotive to officially reach speeds of over 100mph. Built in 1923, the locomotive has seen a number of liveries and modifications and has recently returned to working condition after over a decade of restoration work funded by the National Railway Museum in York.

The set would contain 1 model of the locomotive and a number of coaches. The liveries and modifications represented by the model include:

Other modifications may be represented in updates including: