By therealindy
4 comments
"CIVILIZATIONS AND EMPIRES" LEVEL 5: BOUDICCA UNITES THE CELTS AT STONEHENGE

The nations of the world begin to join together to fight the new common threats that face them all. The gods of Olympus continue to race around the world, manifesting themselves as the deities of every civ, rallying humankind to the common cause. Apollo and Artemis manifest as Belenus and Brigantia, to unify the warring nations around Stonehenge, and mount up the troops the world needs to defeat the monstrous Titans! 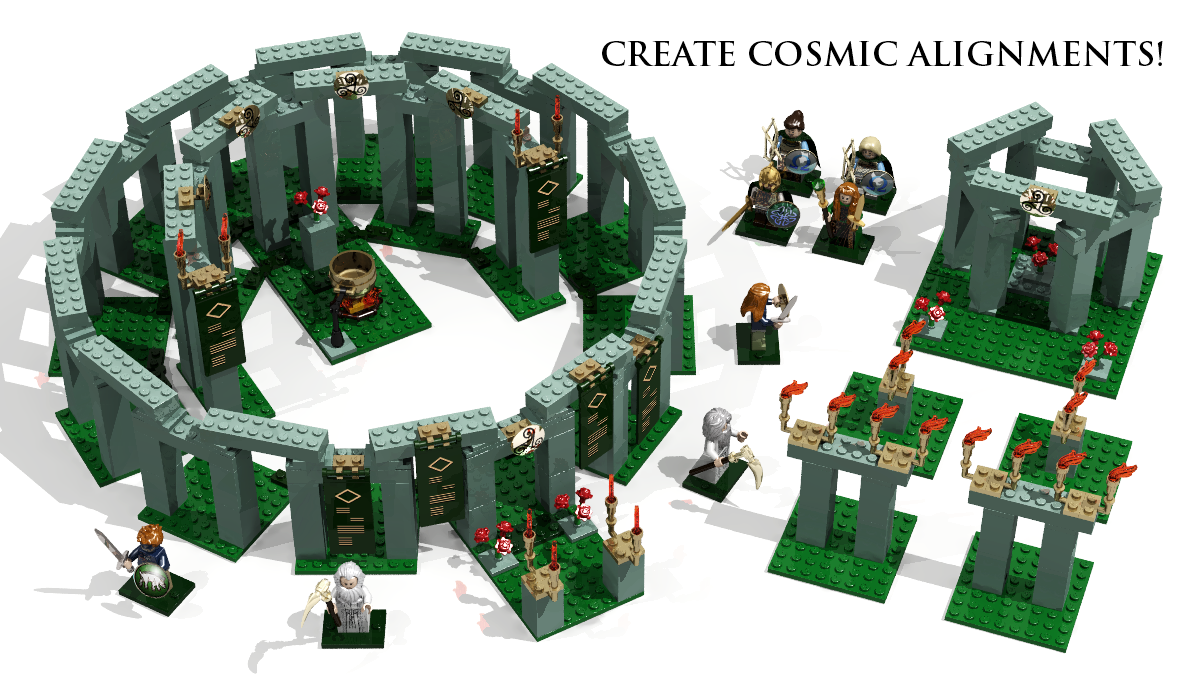 Trace cosmic alignments and omens with a circular Stonehenge and authentic megaliths! 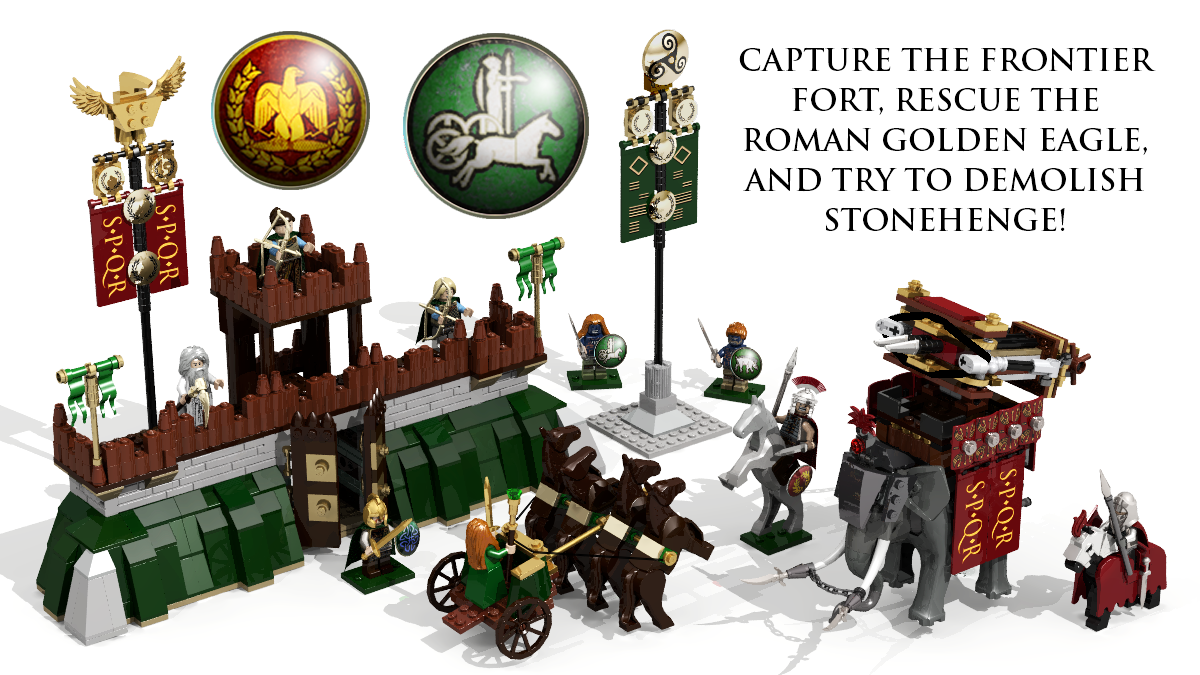 Titus Germanicus has been sent to save his golden eagle... and smash the sacred stones! 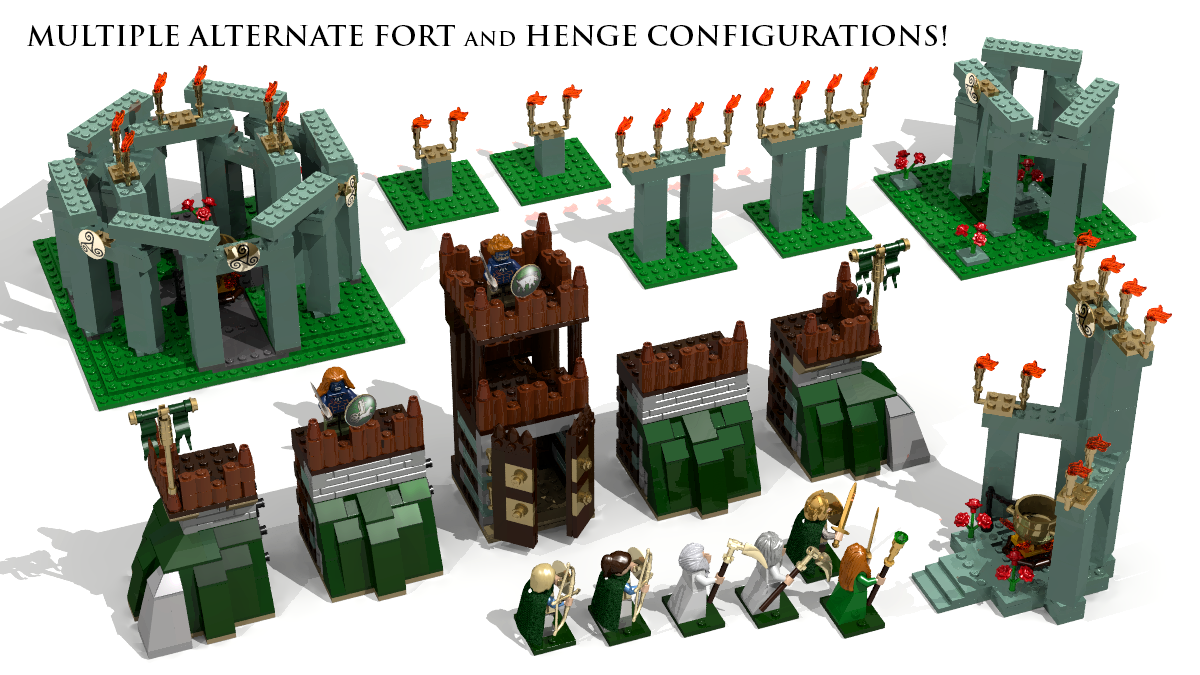 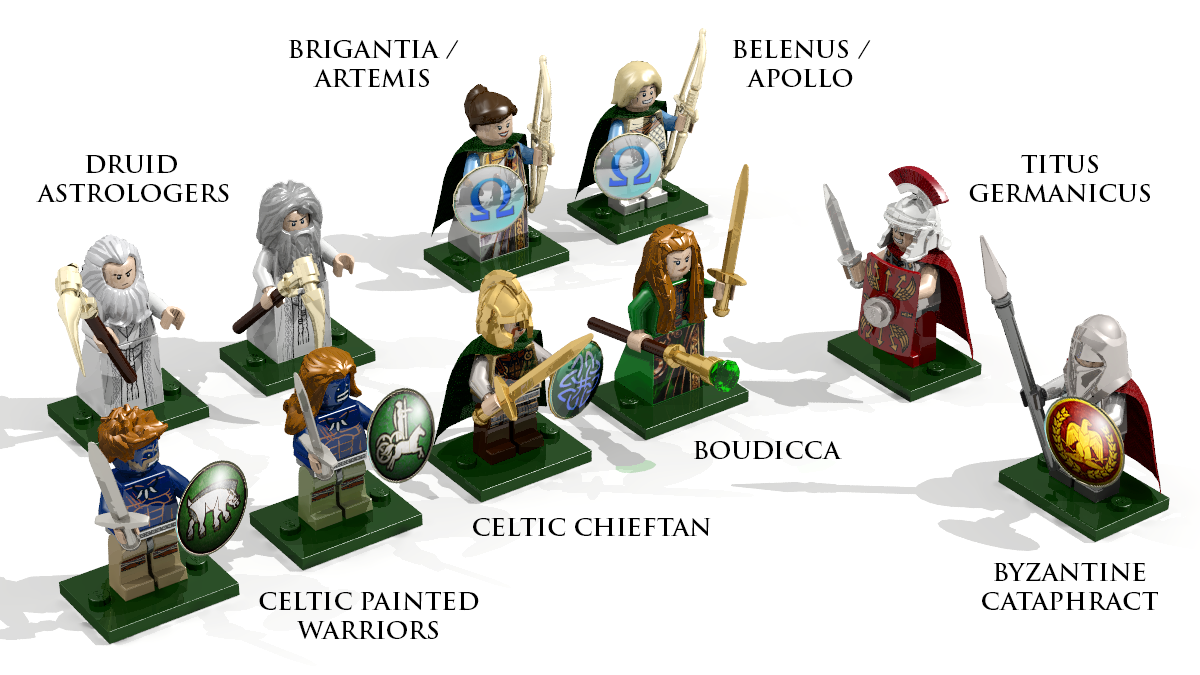 No more generic and boring barbarians... Now you get the authentic tribes of Ancient Europe! This set gives you the power to make infinite variations of archaeo-astronomical alignments, megalithic stonehenges, heroic dolmen tombs, and iconic trilitha across your Lego landscapes, plus a realistic fort that can be used by the Celts or the Romans on the frontier. Plus it's designed to interface perfectly with Castle sets and Lord of the Rings!

As soon as you have done that, you are ready to continue your journey onward to Civilizations and Empires, Level 6: The Titans Unleash the Kraken...

Belenus was the Celtic god of the Sun, the equivalent of Apollo, and so he would have the power to control the solar alignments at Stonehenge and all of the other Megalithic solar calendars across Celtic Europe.

Brigantia was the Celtic goddess of the Highlands, the equivalent of Apollo's twin sister Artemis, also called Diana, who was the Greco-Roman goddess of the moon, wild lands, wild animals, and the hunt.

Here, the Romans command two unique and never-before-seen highly-experimental units in the field, the Ballista-Mounted-Elephant, and the fully-armored juggernaut of the Byzantine Cataphract Cavalry.

The Stonehenge will naturally hold its round shape perfectly, since both the inner and the outer stone rings are designed as fixed circles of plates and rigid isosceles triangles, as seen from above.