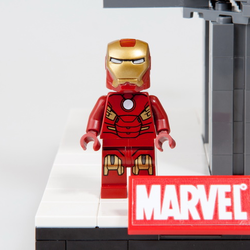 I am Sanghoon Choi, who made Gantry Machine 2.0 for Avengers.

This machine is following my previous work of Gantry Machine 1 for Iron Man.

It describes one of the scenes in Avengers, where Tony Stark was lending on his Stark Tower and transforming to another figure.

To describe the blue light under the floor, three light bricks were used.

Just the same as the previous work, no technique bricks were used. 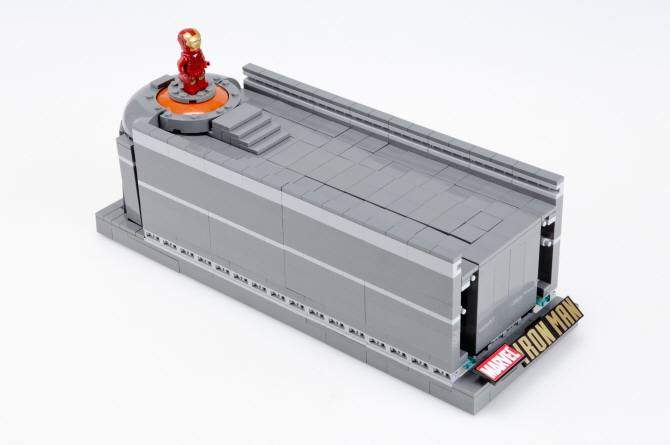 This is the scene where Iron Man arrived the Stark Tower. 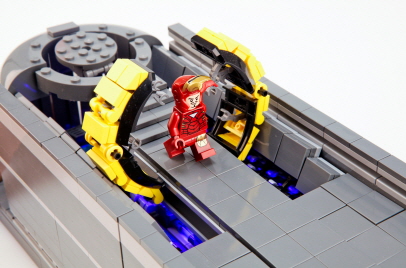 This is the scene where Iron Man was taking off the suit while he was walking down.

It is movable back and forth on the rail.

The blue light from below is expressed by the light bricks.

Connecting the droid-arm bricks, I tried to describe that one line of tiles are going up while the other line is going down as in the movie.

The yellow Gantry Machine is constructed to take off the equipment. 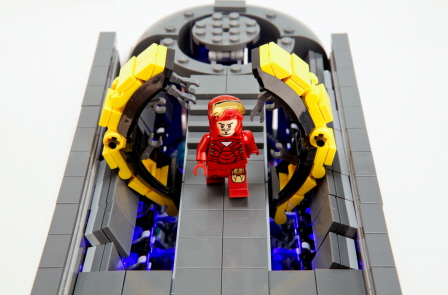 This is the front view. Tony is walking down to the center. 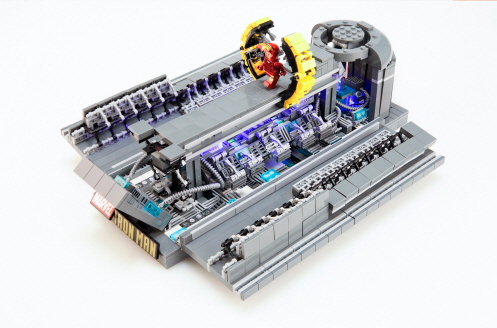 The last part is the image where all of the hatches are open.

Finally, let me tell you the small tale behind this creation.

As a father of several children,
I hoped to show this proudly as “this product is what your daddy made for you!”
“Daddy got 10,000 votes when I released this to cuusoo,

and the Legos company started to sell it!”

Please give your precious vote for my work.
Thank you.