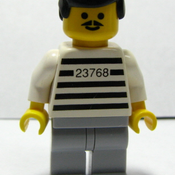 Transportation is an important aspect in every city and to everyone overall. People have jobs or duties which require them to get from Point A to Point B in a short amount of time. Therefore, its no surprise that in 1971, Amtrak was founded. Amtrak is a train service that provides transportation all over the United States on rail. Ever since it was founded, they have provided a way for people to move easily and efficently.

In this build, the main engine is an electric locomotive, being the Amtrak AEM7, engine 945. In that build itself, it has a interior on both sides of the engine, and the main locomotive engine in the inside. Not only that. but the locomotive engine can be removed and instead, your own power function can be added for operation.

There are two coaches included in this build, being Amtrak's Amfleet ii. One of these coaches being a dining coach and the other being a standard coach. The coaches are made to look realistic as I added blinds, and overhead lights and baggage area.

Can easily fit over 15 minifigures.