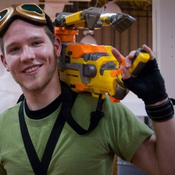 By Cealum
0 comments
The Skypirate frigate mustela is one of many ideas constructed in my household to suit a line of products that have yet to be loved on so far. With all these starwars and space ideas coming about, I cannot help but feel that it is time for some Steampunk! Boilers, propellors, and rediculous ammounts of cogs that we don not really know what are there for.
I introduce to you, the Mustela. Named after the Latin word for Weasel, the ship and the crew are aptly named if one simply looks at the vicious figurehead that the crew so painstakingly created. The Mustela, constantly chased by the patroling warships of various nations, is unaligned with any group, cause, or person. This makes the steampunk line I have created a smorgasbord of fun; different vehicles, mech suits, cars, and jets packs all created out of those random and awesome parts that we all know and love to help our wouldbe crew escape the other ships in this line. Please, see it in your heart to spread the word of the Steampunk concept! 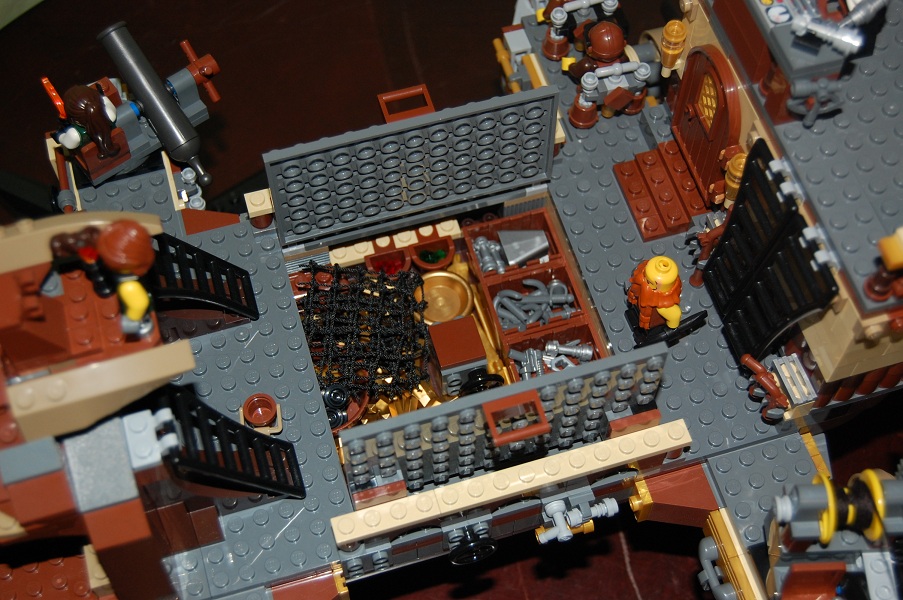 Ask yourself, it is truely a pirate ship of any calibur if you cannot open and access all of the swag you looted from other ships? I think not. Birdy is atop the figurehead crow's nest as the forward spotter, as Bo prepares to close up their haul before grumbling off to work on the boiler. 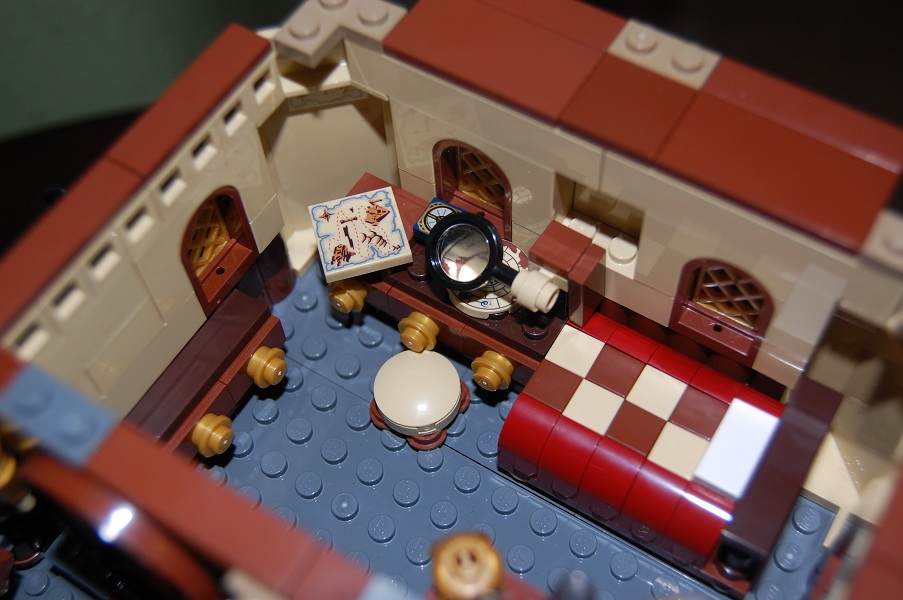 Ah, what would a captain be without his collection of star charts, a place to sleep, and somewhere to vent when the crew does something innane? It's cramped and rather small, but cozy when you consider he is the only person with his own quarters.

Ultimately, I invision a series where all these skyward vessels dock to a floating atoll or port city in the sky. How does one get off of the Mustela? Do you tie rigging off the side of the ship and park parallel to the port? Not on the Mustela; the crew exits in style as the figure head opens up to double as a makeshift tongue/bridging to the port! 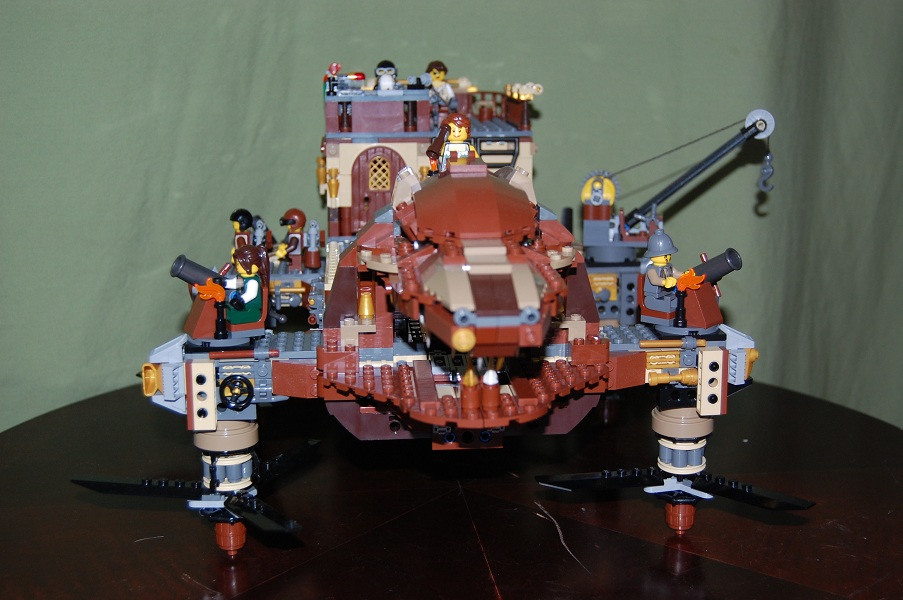 "She's cut from a different cloth, ev'n if she is patched together by a seamstress with broken fingers" - Capt' Tills of the Mustela