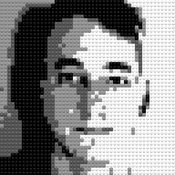 By MANU-ICU NURSE-
31 comments
We live on a planet completely full of different and exciting animals. Since I was little, I have always been a big fan of insects and arachnids and for this reason I decided to build a Flame Knee Tarantula. An incredible pet that thanks to the magic of Lego will be totally docile and harmless.
Description of the Tarantula
Is endemic to the regions of Guerrero and Michoacán in Mexico.The form of these red markings have earned the spider its common name, the Flame Knee Tarantula.
The body of a tarantula is divided into two main regions: the anterior cephalothorax or prosoma, and the posterior bulbous section called the abdomen. A pair of chelicerae projecting from the front of the cephalothorax ending in hollow “fangs”, which deliver a poisonous bite. When not in use, the fangs are bent under the bottom of the chelicerae, unfolding outward like a pocket knife to point downward when the tarantula bites. Along the anterior edge of the carapace is an ocular tubercle with eight small eyes.
Like all spiders, tarantulas have four pairs of legs for walking, The body and legs are covered with short hairs and long hairs. Some, located near the extremities of the legs and pedipalps, serve to detect vibrations or chemical indicators that help them to locate their food, prey, predators, or a mate. Most American tarantulas have thousands of extremely fine stinging spiny hairs that
They are distributed over the top, back, and sides of the abdomen. These specialized hairs vary in length between 0.25-0.75 mm, and have a sharp tip with series of small spiky barbs or scales that are oriented down the hair shaft. When teased or threatened, they can rub its hind legs quickly over the stinging hairs on the back of the abdomen, causing the hairs to let go and float in the air currents
Description of the Idea
All its legs are completely mobile and articulated including fangs and pedipalps. I offer the possibility of representing both the male and female version of the spider. All you have to do to represent the female is to add a small addition of bricks to the back of the spider, also containing her young that have emerged from the eggs.
A reasonably good addition would be to include different versions of tarantula species, having different main colored bricks (There are blue, brown, beige, gray tarantulas). Or even add the terrifying underground lair.
Size
-Base with title: 25 cm x 25 cm
-Tarantula: 20 cm x 20 cm
Bricks: 524
I hope you like it, it surprises you and does not scare you too much. All animals offer a particular beauty worthy of being admired so we must conserve them as well as possible. I am very happy with the final appearance so imposing, so worthy of its kind. It’s probably my best Lego animal to date.
Greetings and have a nice day! Stay away from burrows if you go to the desert.