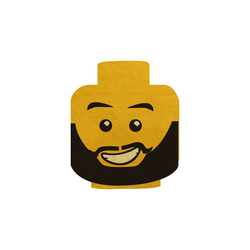 Everyone knows that if they had their choice in air travel they would always pick an airship over an airplane.

Traditionally airships are either primitively powered by hot air balloons and wind sails, or they are space aged and are powered by some kind of sci-fi hover boosters. This set finds the happy medium replacing hot air balloons with giant mechanical engines that propel the ships upwards and forwards.