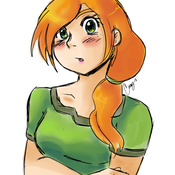 First of all, for those of you who aren't familiar with these games, chess is a two-player strategy board game played on a chessboard, a checkered gameboard with 64 squares arranged in an eight-by-eight grid. Scrabble is a word game in which two to four players score points by placing tiles, each bearing a single letter, onto a gameboard which is divided into a 15×15 grid of squares.  Chessboard includes black and white teams.  The sides of the board have spaces for captured chess pieces.  The Scrabble board includes two racks, ninety-eight tiles and a gameboard featuring double and triple letter score squares, double and triple word score squares and the middle starting square.  Of course, I was unable to put letters on the tiles but the tiles could have printing or stickers to play a real game. These models could be used for show only or for playing the games.  A real collectable for any hard-core Lego game fans!  Thank you for supporting!