Rangers Apprentice: The Ruins of Gorlan 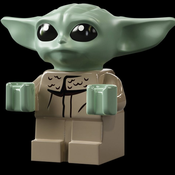 By Dr Edge Inventions
14 comments
This set is based off the first book in the best selling novel series: Rangers Apprentice by John Flanagan. In it we see the iconic battle between Halt and the Kalkara in the ruins of the Gorlan Fyfe castle.
In this set we have four notable parts:
By Dr. Edge