Calvin and Hobbes: "Something Under the Bed is Drooling" 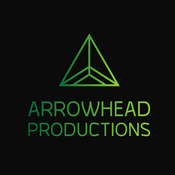 By Arrowhead Productions
14 comments
November 18, 1985 to December 31, 1995, the comics "Calvin and Hobbes" were a big hit. Sadly, on the last day of 1995, this series came to an end.
But, this build is from one of my favourite comic books of all time: "Something Under the Bed is Drooling", was copied from the cover of the book. But, this is Calvin's worst nightmare: monsters under the bed! But this doesn't mean he is going to let an old slimy bugged eyed creature take over his room - he is going to stand his ground with his rubber band gun!
This is not the best LEGO build, since Hobbes is missing and that type of walls I have not ever seen in any other LEGO set*.
Well, I hope you support it! And don't judge this, since it is only my first idea, and I only joined 2 days ago.
*That doesn't mean you can't support it...🙃