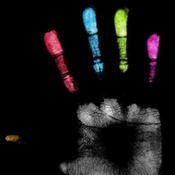 By BrickBaum
26 comments
Hello LEGO Fans,
I would like to introduce you to my latest LEGO project, it consists about 600 parts. It took me about two months to build it as it is now finished, here it is the Heavy Cruiser T-436a ore "Caspar" called.
It is a spaceship of the earth faction in the early 33rd Century. It's the year 3076, the Terraforming of Mars is just finished, and they have spilt from Earth.  Earth needs a very fast heavy cruiser to collect the minerals from the moons and asteroids in the solar system. Here comes the "Caspar" and that's what it is designed for. Not much for combat but to outrun the Mars fleet in mining and transportation.
I hope some of you like my little build. If I had one wish from the LEGO CEO I would ask for a new LEGO space series with no Licence. Just cool Spaceships with a bit story like mine.
Greetings from Bavaria/Germany.