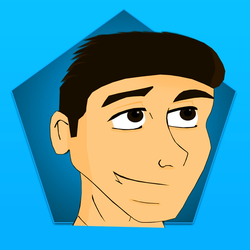 Welcome to my LEGO Idea!!

This is a custom built tower using my own LEGO bricks. The set itself took more than four hours to construct with a lot of trial in error considering I wanted it to be just right.

My ALL TIME favorite theme (Besides Star Wars of course) was the Medieval themes they kept rolling out each year, although my favorite was the Kingdoms series. I then decided to use some of the original Minifigure torsos and accessories in this creation. I wanted to use as many tan pieces as I could to get a desert feel/look to my tower. On the left the rock/wall can swivel and close to add a sort of smaller more compact version (as you can see in the pictures) and then extends to increase the walls length. Another Idea would be to make little builder sets, example: the Uruk-Kai Army set, how it adds on to Helms Deep. That set was a FANTASTIC idea and intrigued LEGO builders to consider that set to add on to their castle to make it bigger. I added a custom wall add-on for some reference pictures, I hope you all get the idea :D

I also included some custom decals I have worked on for the shields and torsos, using tan and dark red :D I hope you guys like them and feedback on them is greatly appreciated!

Basically my goal was to share with you all my passion with this theme, below I share some photos I have taken of this project which were then dropped on a white back round with the contrast and brightness adjusted to get the best picture. All of the pieces are LEGO bricks and I tried to put as much detail as I can. I hope you all enjoy this model! I had a ton of fun putting it together, thanks for stopping by! :D