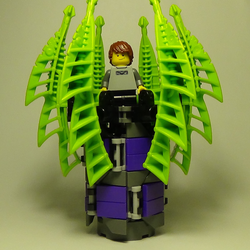 This project is a collaboration between Myslef, and Jaredarr: https://ideas.lego.com/profile/Jaredarr/activity

With BBC's Sherlock season 4 coming out in early 2017 it seemed like an ideal time to submit a Sherlock project. If this was to become a set, it could come out when there would be a lot of hype for season 4 of the show.

If this were to become a set, the scale would most likely have to be shrunk down. It could just include the figures or it could also include some of the furniture. There's lot of different ways the set could go and as it gets more supports, more advanced planning could be done.

Brick built figures at this scale is not very common in Lego sets, so this might be something a little more fresh and unique.