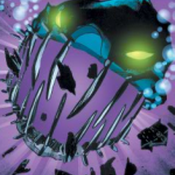 This set is a routine training exercise for a military force in the far future,that being a simple game of capture the flag. Right now the red team is on the offense and the blue team is on defense. These people are simple recruits on their way to the top of the food chain to serve their nation. The builds include a jeep,the base,two command towers and Aria's motorcycle. The teams include the teams of Clare,Micheal,and Prowl on the blue team,and Niko,Soap,and Aria on the red team.