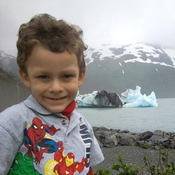 By MarcoFlo
12 comments
I am a Musican and my favorite band is Queen. I hope it’s yours too!
I made the band in mini-figure form as best I could. I also made musical instruments such as....
•piano
•drum set
•guitar/bass amp
My LEGO build is about the band Queen. Queen is a band from the 70’s. Queen is made up of four guys their names are Freddie Mercury (Lead Singer/Pianist), Brian May (Guitarist), Roger Taylor (Drums) and John Deacon (Bassist). Queen’s first successful song was called “Killer Queen”. After that, They made super popular song like “We Will Rock You”, “Another One Bites The Dust”, “Bohemian Rhapsody” and much more.
I will first say that I was in the Queen Tribute band at the School Of Rock. That’s where my love for Queen’s music began. I built this LEGO build because I was inspired from the shirt Bane has from the LEGO Batman sets. After I made LEGO Freddie Mercury I knew I needed to make a Piano. Then I when off from there.
I believe this could be a GREAT LEGO set because I have NEVER seen a LEGO music set (based off of a actual band). I know for a fact that their are people out there that want to buy LEGO music sets. I am willing to bet that a lot of musicians, like myself, would buy this set.
Please look at my YouTube channel called MarcoFlo for enjoying some music! Thanks!