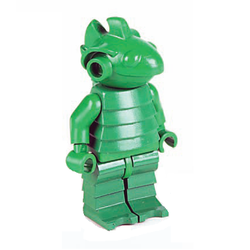 In the distant future, humanity has sent robot drones to the moon! Their mission: to mine for the precious chronium and send it back too earth!

The idea behind this set was to invoke the feeling of the classic Lego space themes from the late 80's to mid 90's. I designed it to have the aesthetics of those old sets while still having a modern Lego feel. The roof comes off to reveal the moon base interior, which consists of computer consoles, a teleporter pad and more!

Some other details about this Lego set:

I think this set would be great for kids and adults alike, but of course that is for all of you to decide! I hope all of you enjoy my set idea! And hopefully with your support, this Lego Idea can become a reality!