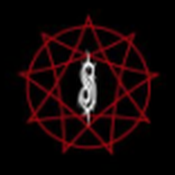 By Psychosocial
25 comments
To celebrate the third item in my Heavy Metal Brickheadz series, I've made the four members with their instruments according to each of their roles in my favorite band; Metallica.
The member are; James Hetfield (Singer; Creator 1; Guitar Bassist), Robert Tigrillo (Guitar Bassist), Lars Ulrich (Drummer; Creator 2), and Kirk Hammett (Guitar).
Their History; when Metallica began their band, the rule of heavy metal had just begun. they started on a streak of glory; producing their first album; The "Garage" album; as they had been a garage band then. Their later songs changed little: they only gained more fame. They started producing albums such as "Master Of Puppets", a very very fast paced album with long drawn out songs. Later they produced their iconic "One" song, although the rest of the album didn't go over well, this one sold more than three-million DVD's in it's first month out. They went on making songs such as "Ride the lighting", "Fade to black", "Enter Sandman", "Unforgiven", "Wherever i may roam", and more. Ever since their two top songs came out; "Enter Sandman" and "One"; They've been ranked as second best heavy metal band of all time; Second only to Iron Maiden.
Pieces: 455
Please Support!
;)
Good luck to your projects too!