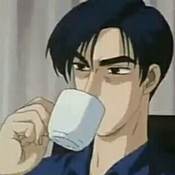 The iconic canary yellow Mazda RX-7 Third Generation (FD) would look stupendous on any desk or displayed with other Speed Champions sets!
Powered by a Wankel engine, sometimes also referred to simply as a Rotary, this car has been an integral part to classic professional and street racing culture being featured in several movies, anime, and games alike! Some argue that the RX-7 FD is not a JDM (Japanese Domestic Market) car, as it was available in other regions, yet, it has played a major part in the growth of the Japanese racing scene, as it has been frequently used for Touge (Mountain Pass) battles to this day, as popularity of these mountain races grew, partially thanks to the Drift King, Keiichi Tsuchiya, so did the popularity of this Rotary powerhouse.
This particular LEGO model is built at the pre-2020 Speed Champions scale, it has a length of 18 studs and 1 plate, a width of 6 studs, and a height of 3 bricks and 1 plate. It looks perfect when displayed with the official LEGO Group 2015-2019 Speed Champions sets and by itself. As any other Speed Champions set it can fit a LEGO Minifigure comfortably, and has a little bit of an interior.
All rendering was done in Mecabricks.
I am not affiliated with the Mazda (Matsuda) Motor Corporation in any way, shape or form.
Thank you for reading, and please support this project!