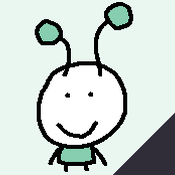 By squib_
5 comments
Mr. Snail & Big Bricks is a LEGO set based on Mr. Snail, a small creature seen in old LEGO channel YouTube videos. This set includes a giant version of Mr. Snail and some large versions of classic LEGO bricks, called "Big Bricks".
I built it because I think it would be fun to have a set that has giant versions of LEGO bricks, and a set that references the famous Mr. Snail character. In this set, his colour scheme is from the "How to build Mr. Snail" video.
I think it'd make a good set because it takes the classic LEGO bricks and modifies them in a sort of funny way. You build giant LEGO bricks, and then use those giant LEGO bricks to build another structure. The Mr. Snail adds a bit more fun to the set, letting you build a famous LEGO character that nobody really talks about.