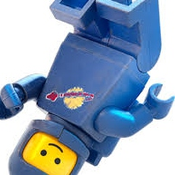 This is a LEGO moc that represents space probes that have either landed on mars or have been in orbit around the red planet. This LEGO creation consists of 1 rover ( Sojourner), 2 landers ( Viking and Pathfinder), and 1 orbiter ( MAVEN). These 4 space probes are built on baseplates with small 1 x 1 tiles to give this LEGO moc a formal representation.
Viking
Viking was the first of the two landers sent down to Mars in NASA’s Viking program. Viking 1 was sent down to Mars to collect and examine rock samples. Viking was meant to Land on Mars on July 4, 1976, but was delayed as the landing site showed a rough surface area. It was the United States’ first attempt at landing on Mars, which was successful. Viking 1 landed on Mars on June 19, 1976, at Chryse Planitia in the  North Pole of Mars.
Sojourner
Sojourner was the first-ever rover to land on Mars. It was a breakthrough in history although the small rover only drove a mere 100 meters before communication was lost with the rover. Sojourner was operated and developed by NASA. Sojourner landed in the Ares Vallis region on July 4, 1997. The rover was active for 85 Earth days.
MAVEN
MAVEN stands for Mars Atmosphere and Volatile Evolution. MAVEN is a spacecraft developed by NASA which was launched on November 18, 2013. It was sent to Mars to examine and study the atmosphere of Mars. It reached Mars aboard the Atlas V launch vehicle, on September 22, 2014.
Pathfinder
Pathfinder is a lander that landed on Mars. With it, Pathfinder carried the first-ever rover to land on Mars: Sojourner. It was launched on December 4, 1996, aboard NASA’s Delta 2 booster. it landed on July 4, 1997, on Ares Vallis, in a region called Chryse Planitia. Pathfinder was a probe constructed by NASA.
I enjoyed building this and had a great time finding new strategies and building techniques. I hope that others will like this MOC.