Queen - Legends for 50 Years and Counting 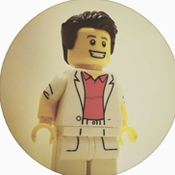 Who doesn't love Queen? Anyone. I love them to. A lot of lots.

That's why I'm very afraid of the inexistence nof a LEGO set about this gloriuos band!

I've seen many Queen-based sets on this platform, but almost everyone uses the actual minifigures, just custom printed. Well, not this time folks! These figures are quite big and the details, which aren't a lot but are enough to recognize every member, are referred to the iconic Live At Wembley (11-12 July 1986).

Every member has its own plate which says, in order, his complete name, his role in the band, and his most rated song (Billboard). These figures are inspired to the Legoland ones, with some more joints, which offer more detailing and more poses, to recreate their most famous tour, the year after Live Aid, when they became "living legends"!

Freddie Mercury (born Farrokh Bulsara; 5 September 1946 – 24 November 1991) was a British singer, songwriter, record producer, and lead vocalist of the rock band Queen. Regarded as one of the greatest lead singers in the history of rock music, he was known for his flamboyant stage persona and four-octave vocal range. Mercury defied the conventions of a rock frontman, with his highly theatrical style influencing the artistic direction of Queen.

John Richard Deacon (born 19 August 1951) is an English retired musician, best known for being the bass guitarist for the rock band Queen. He composed several songs for the group—including Top 10 hits "You're My Best Friend", "Another One Bites the Dust", and "I Want to Break Free"; co-wrote "Under Pressure", "Friends Will Be Friends" and "One Vision"—and was involved in the band's financial management.
Roger Meddows Taylor (born 26 July 1949) is an English musician, singer, songwriter, and multi-instrumentalist, best known as the drummer for the rock band Queen. As a drummer, Taylor was recognised early in his career for his unique sound. He was voted by radio listeners as the eighth-greatest drummer in classic rock music history in a poll conducted by Planet Rock in 2005.

Brian Harold May, (born 19 July 1947) is an English musician, singer, songwriter, record producer, and astrophysicist. He is the lead guitarist of the rock band Queen. May was a co-founder of Queen with lead singer Freddie Mercury and drummer Roger Taylor, having previously performed with Taylor in the band Smile, which he had joined while he was at university. Within five years of their formation in 1970 and the recruitment of bass player John Deacon completing the lineup, Queen had become one of the biggest rock bands in the world with the success of the album A Night at the Opera and its single "Bohemian Rhapsody".

This set was made for the 50 years of the iconic formation, which falls in 2021.

(If I'm honest, I'd ask LEGO to produce more sets like this, maybe a new wave about famous and important people who made the world better)