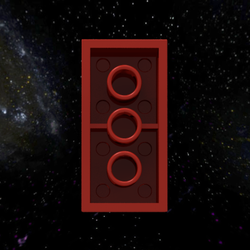 By TheAntiStud
21 comments
Welcome to the phở restaurant! Situated in the heart of the city in an ultramodern-style building, the restaurant opened fairly recently to plenty of acclaim. It contains 1463 pieces and a whopping five minifigures. The model is fully compatible with official modular buildings.
Frankly, I made this set because I'm seriously craving phở. All the restaurants are still closed, and  out of every restaurant food, I miss phở the most. Sure, I could make it at home, but it's just not the same. So I have decided once again to live vicariously through my minifigures and make a phở restaurant with an atmosphere loosely based on my local phở restaurant's. I also chose the modern-styled building because I think that the modular building series has a deep lack of modern-styled buildings, and I decided to make it ultramodern to keep a sleek and unique design.
(Before I say anything else, yes, I know that phở is probably the most common, stereotypical Vietnamese food, and I know that Vietnamese food extends far beyond phở, but it's still one of my favorite dishes in the entire world. So I made a restaurant specializing in it.)
On the first floor, we have the restaurant itself. Where I live, a lot of phở restaurants have corny pun names, so I decided to emulate that: this restaurant is called "Phởbulous" (I'm sure there's a restaurant somewhere called this - or multiple - but it was one of the only pun names I myself hadn't seen on a phở restaurant myself, so I used it; however, this restaurant is not meant to be a replica of any in real life). The restaurant has a fairly large kitchen in the back with a big refrigerator, a stove, oven, sink, and storage space. In the customer area, there are enough chairs to seat six people total: there is a table with one seat, two seats, and three seats. Each seat has a bowl of phở in front of it, plus some have mung bean sprouts (which I personally can't eat phở without) and some have soda. The menus are hung on the wall above each table, so nobody has to actually hand out menus. There are also some decorations on the wall.
On the second and third floor, there is an apartment for three: two parents and a child. The lower floor has a kitchen, dining area (complete with turkey!), floor lamp, and a child's bedroom, which includes a bed and some wall decorations. While the second floor is fairly normal-looking, go upstairs and you'll find that this family fully embraces the ultramodern style. The colors on this floor are very modern, with their light lime and dark gray accents! The apartment's only bathroom is upstairs, along with the main bedroom (parents' bedroom) and a sitting area, complete with a TV displaying a show that appears to be called "Modern Home Design." The parents' bedroom has a large bed, a storage unit (which appears to be a dresser), and some pictures on the wall. Overall this appears to be a luxurious apartment.
The minifigures are as follows:
Thank you so much for taking a look at this project! If you liked it, please don't forget to support, comment, and share. And, if you're interested, my other projects can be found here.