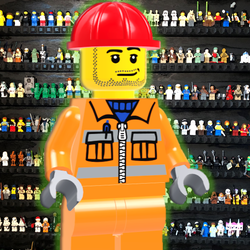 TheBrickMaster2.0
50
214
days left
This is my project based on the ABC/FOX hit comedy show Last Man Standing! I choose to create this project because I love the show and I love LEGO sets like this! I was inspired by sets like the F*R*I*E*N*D*S,The Big Band Theory, and soon to be Seinfeld sets and I think more sets like them is a great idea! This is based on the Baxter's living room from the show and I packed in as many details and references as a could, like Eve's soccer ball and guitar, a pie (referencing the music video from season 1), and an Outdoor Man mug on Mike's desk. Mike's office is designed so it could be detached for a separate display. I put pictures of the family around the house like in the show. I would love to see this become a LEGO set!
50
214
days left