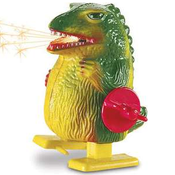 Speed Buggy and his friends exist in the same make-believe universe of Scooby-Doo, making a guest appearance on an episode of The New Scooby-Doo Movies, "The Weird Winds of Winona".  This model and cast of character minifigures would make a great companion set to the LEGO Scooby-Doo sets.

Speedy can transport the entire Speed Buggy crew, just like in the cartoon!  Watch for planned updates to the project, which may include one of more of Speed Buggy's interesting adversaries...Zoom-a-zoom-zoom!