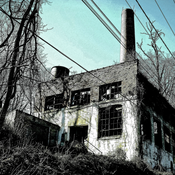 As you can see, the exterior is dark blue with a light blue stripe. There is a bed on the back with six prongs to keep the logs secure. There is also a headache rack on the back of the cab, on which there are a couple chains hanging, a hatchet, and a shovel. There are four chrome air horns on the roof of the truck.
Moving on to the interior, there is a large chrome steering wheel, a large dashboard, a chrome shifter, and two seats in the cab.
Thanks so much for taking the time to look at my build! If you like it or if you think there’s something I could do better, let me know in the comments section and I will get back to you as soon as possible. Thanks again!!