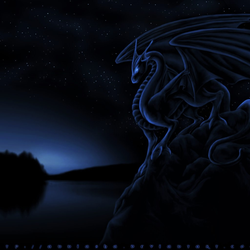 This model shows the spaceship of the great Lord of all alien races, his majesty Phantagon. (It was originally his name but I copied it for me) Lord Phantagon is not an aristocratic snob as you may expect. He is an adventurer and with the help of his crew he is flying through the galaxies, discovering new planets and civilisations. The Lord likes to collect things from not so highly developed civilisations, as ours is for him. That is where he got the axe and the knife, which are in his ship. They are on a peaceful mission, but when they get into trouble the crew knows how to defend themselves.

I got the idea of this model while playing the "alien game", a game with lots of different aliens, spaceships and moonbases. The aliens trade with each other, come together in a democratic government and sometimes fight against each other. There are changing alliances and much adventurers searching for new things.

The ship has got place for three crewmembers and if you want to also passengers. You can open the roof to play on the inside and you are able to open or close the way out of the spaceship. Inside there is a table with three seats, one for each crew member and a blue holographic computer and communication system. At the outside of the ship you can find some laser blasters to defend the adventurers if they are attacked.

Building this model made a lot of fun and playing with it is funny too.